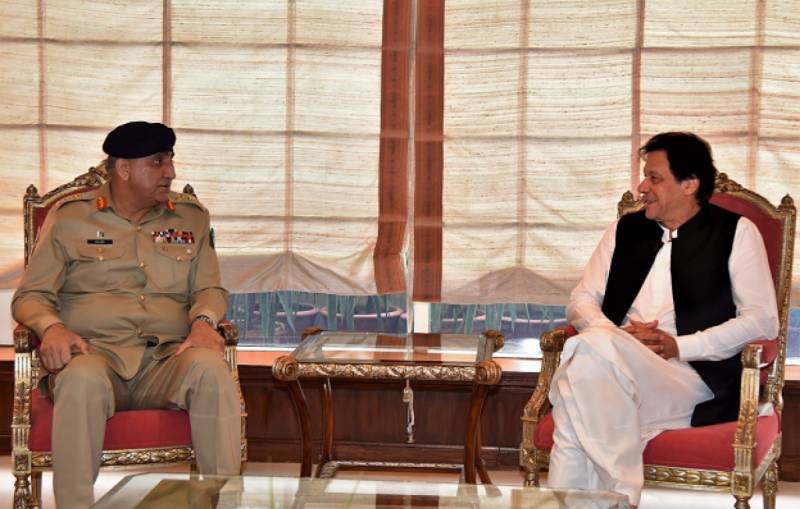 Matters pertaining to PM’s visit to China were discussed during the meeting. Shah Mehmood Qureshi, Fawad Chaudhry, and other cabinet members were also present in the meeting.

The top civil-military leadership meets today as Prime Minister is set to visit China in the first week of February to attend the opening ceremony of the Winter Olympics.

On Tuesday, the premier directed ministers to prepare for all the Memoranda of Understanding (MoUs) to be signed during his visit to China.

Khan will attend the ceremony at the invitation of Chinese leadership. Five ministers will accompany Khan on his three-day trip to a neighboring country.

During the visit, PM will also interact with the Chinese leadership, with a particular focus on advancing economic and trade relations between the two sides. Reports claimed that PM will also exchange views on regional and international issues of mutual interest, said sources.