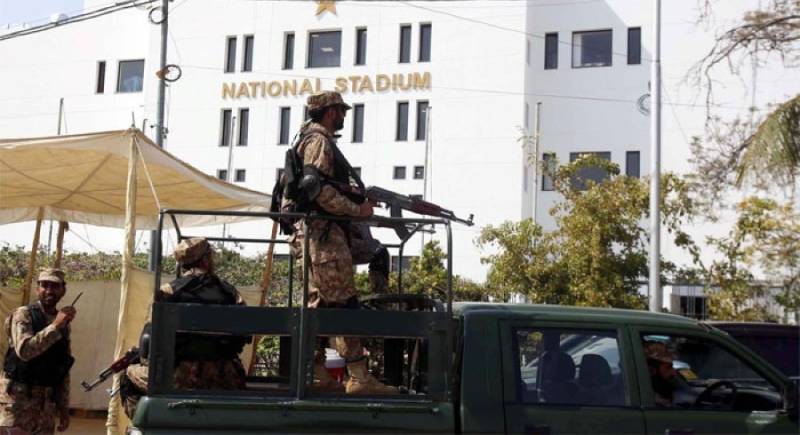 KARACHI – Pakistan is all set to host the seventh edition of the Pakistan Super League (PSL), with the first leg starting from Karachi tomorrow (January 27) when defending champions Multan Sultans facing off 2020 champions Karachi King at National Stadium.

A comprehensive plan for the matches in the port city has been prepared by the Security Division of Sindh Police.

A spokesperson for DIGP Security and Emergency Services Division said that around 5650 personnel will be deployed for the security of the tournament.

Meanwhile, a temporary command and control setup will also be set up at National Stadium to monitor the law and order situation while aerial surveillance will also be made during the movement of the teams.

Security officials decided that no road will be blocked for public except one track of Sir Shah Suleman Road.

For spectators, a shuttle bus service will be available from the parking point to the stadium. The following parking points have been allocated for the spectators coming to the National Stadium;

b) China Ground adjacent to National Coaching Centre (For VIPs only).

National Stadium will host the first 15 matches till February 7, before the action moves to Lahore, where Gaddafi Stadium, the home of Pakistan cricket, will stage the last 19 games from 10-27 February.

As per the National Command and Operation Centre (NCOC) directive, the seating capacity has been reduced to 25% for all matches in Karachi, while a decision on the number of spectators in Lahore will be taken in due course.