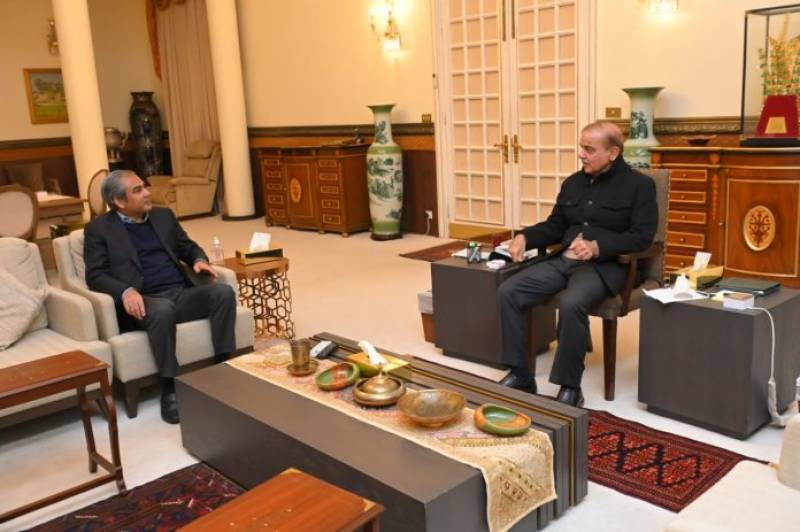 During the meeting at the PM office, the premier expressed his best for Naqvi on his appointment to the office of the caretaker Chief Minister.

PM also expressed hope that newly Naqvi would play an active role in ensuring fair and transparent elections. Sharif said he is confident that Naqvi will fulfill his duties in accordance with the Constitution.

Widely known as a media mogul and relative of former Punjab CM Pervaiz Elahi, Naqvi was one of the two names suggested by Punjab’s opposition leader Hamza Shehbaz.

Earlier this month, Pakistan's top electoral watchdog picked Naqvi as the caretaker chief minister for Punjab after political parties failed to pick a member with consensus.