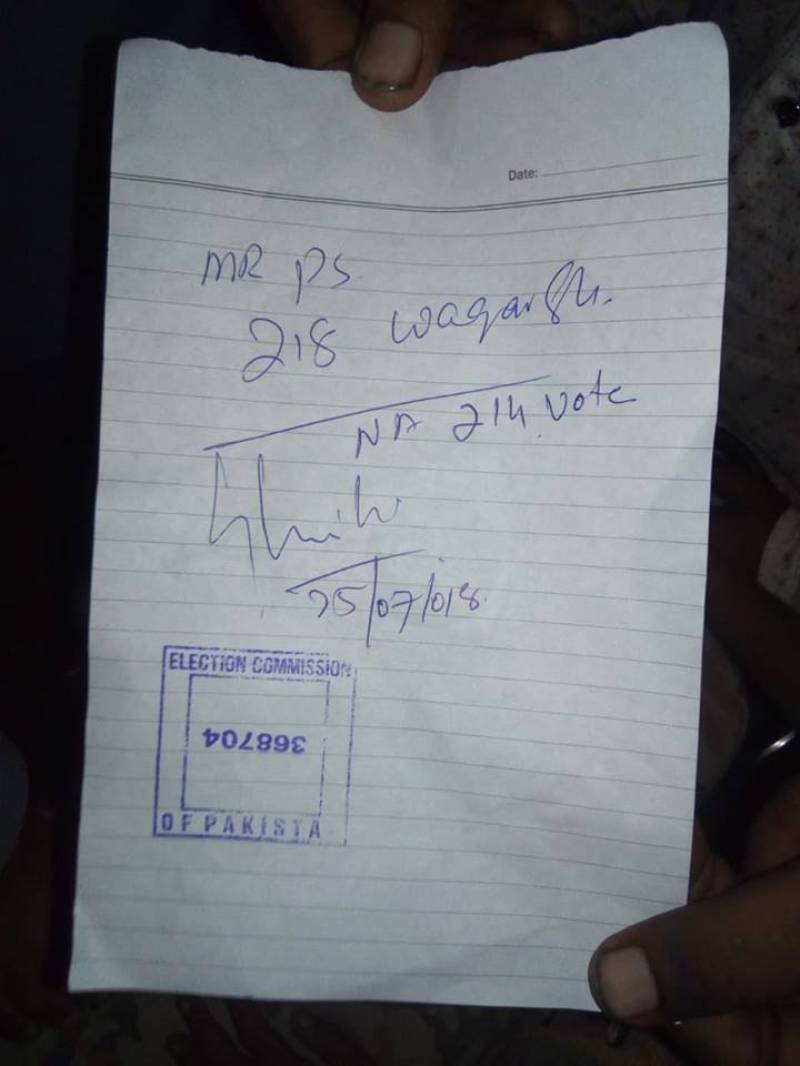 LAHORE - Millions of Pakistanis are awaiting the final results of Wednesday’s general polls as the Election Commission (ECP) is yet to release an important election document – the Form 45.

Form 45 is a document which contains data of every candidate with their names as well as how many votes they received. It is signed by Returning Officers and polling staff after the vote count.

The polling agents are supposed to stamp and thumbprint it for the record. It was supposed to be sent via the Results Transmission System (RTS), but now, according to the ECP officials, votes dropped in the ballot boxes are being manually counted by presiding officers and assistants present in polling booths.

Severe irregularities observed from POs refusing to start count in some Polling Stations to POs refusing to give official results on Form 45 on various polling stations. The election process has been highly questionable and is anything but transparent. #NA247 #PS111 pic.twitter.com/zPOVLhGcf9

A PPP polling agent in NA 54 was given this in place of Form 45... pic.twitter.com/OFh1OQJSPT

The DRO will then submit them to the ECP's offices or storage houses: green bag for NA, white for PA and blue for unverified.

Blank Form m 45 signed by Presiding Officers. This is how results are being changed. It means number of votes will be written after he is already signed :D What a joke of this nation we are making !@CMShehbaz@pmln_org #MassiveRigging pic.twitter.com/4jhvTtbu0t pic.twitter.com/rII0WsLxDn

Dozens of candidates from PML-N, PPP, MQM have complained of not receiving Form 45, even hours after the ECP's deadline to announce the final results expired.