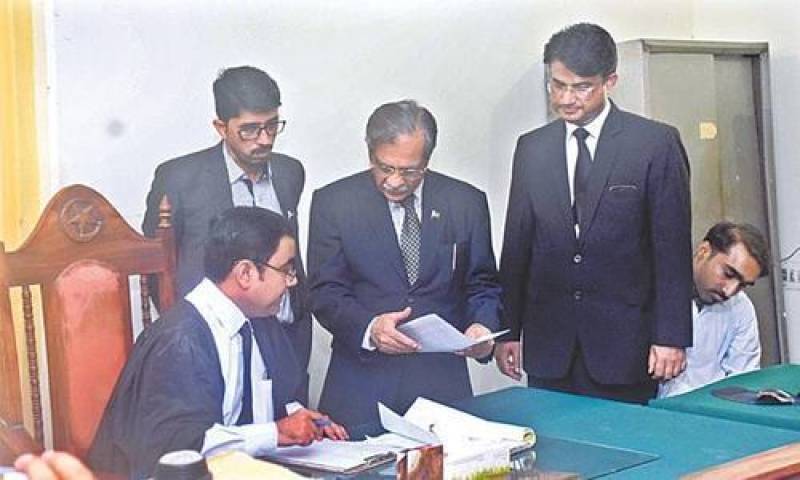 KARACHI - Hours after a ‘resignation letter’ purportedly written by Larkana Additional District and Sessions Judge (ADSJ) Gul Zameer Solangi went viral on the social media claiming that he was stepping down from office due to the “humiliation” meted out to him by Chief Justice Saqib Nisar the other day, the Sindh High Court’s (SHC) Public Relations Office on Tuesday evening claimed that the ‘letter’ was in fact, fake. 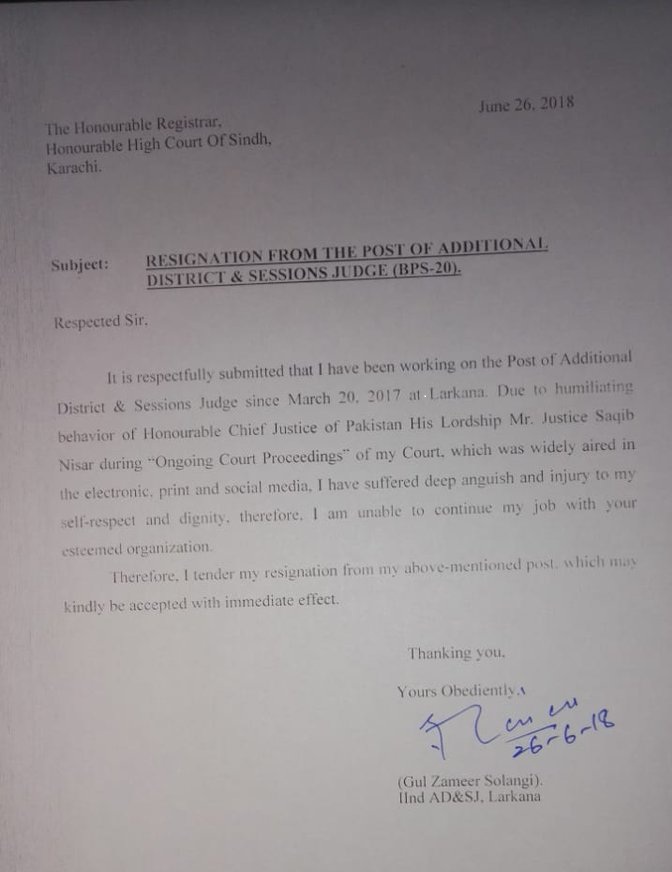 Solangi had switched off his phone soon after the news spread on social media and has not issued a confirmation or denial himself.

“It is to clarify that the news viral [sic] on different TV channels and social media regarding the resignation of Mr Gul Zameer Solangi, second ADSJ Larkana, is based on a fake resignation letter,” the SHC PRO said in a statement.

“Neither such resignation letter has been sent nor received by the office of the learned Registrar,” it added.

The message also advised media houses to first confirm reports before airing them.

KARACHI - An additional sessions judge, who was rebuked by Chief Justice of Pakistan Mian Saqib Nisar during his ...