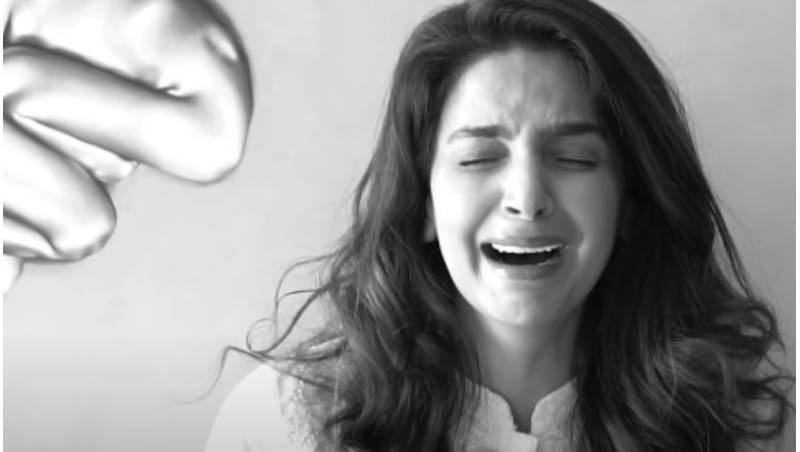 Actor Saba Qamar’s YouTube channel continues to showcase powerful and impressive content that touches upon some deeply rooted societal norms. After highlighting issues such as misogyny and tittle-tattle in media, the Cheekh actor has addressed mental health in her new episode.

Qamar's latest episode is a dramatic oration about depression and society’s involvement in it.

The video, aptly titled Kab Samjho Gey sheds light upon all the lives we have lost to depression stemming from  unwarranted criticism and social pressure. Saba lists Anam Tanoli, Quratulain Ali Khan, Rushaan Farrukh and Bollywood actor Sushant Singh Rajput, all of whom were compassionate individuals who took their own lives for reasons that people refuse to understand.

She talks about how mental health issues can be exhausting and make you feel completely alone. That state can be made much worse by the lack of public discussion regarding the topic and many people choose to remain silent because there’s still such a stigma around talking about anxiety and depression.

Urging the audience to be more considerate and empathetic in their daily interactions, the Hindi Medium star discusses the importance that words can import.

The video is impactful as Qamar criticises virulent behaviour normalised by society and also makes note of the dilemma of others being emotionally abused because of the labels associated with them. She further calls out the hypocrisy people show while teaching basic moral principles to the upcoming generations.

On the whole, the video delivers a strong message for the world to ponder upon and work on themselves for the betterment of the universe.

Watch the episode down below: