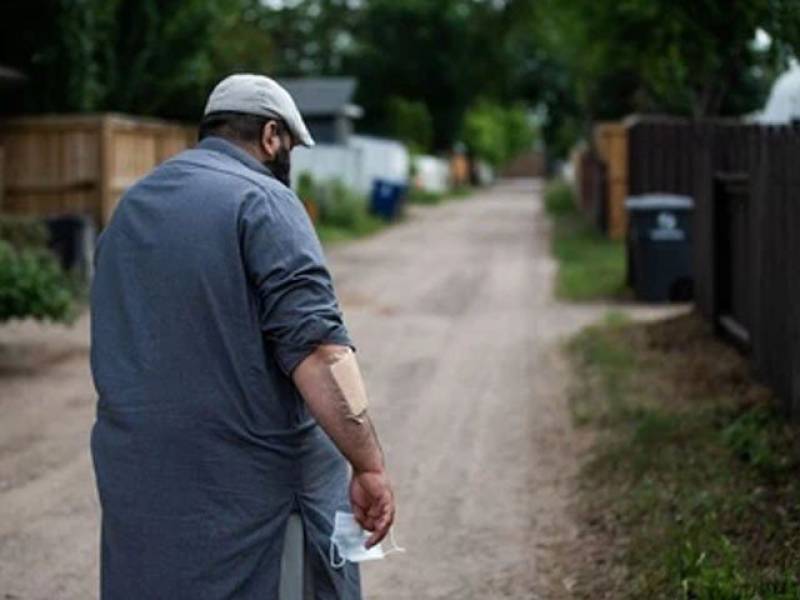 In another incident of hate crime and Islamophobia, a Pakistani Muslim man was assaulted in Saskatoon city of Canada in an early Friday attack.

According to CBC, Muhammad Kashif, who is staying in Canada since the age of 12, faced the racist attack when he was heading towards his parked car.

The victim said that he was stabbed, beaten and had his beard cut in the attack.

"They attacked ... on my back with a knife or something," the media outlet quoted Kashif as saying. "Using F-word and saying 'Why you are here? We don't like you are Muslim, why are you wearing this dress?'

"And then one guy held my hands and the other guy cut my beard."

The man was later taken to hospital where he received 14 stitches on his arm. Saskatoon police has launched an investigation into the incident.

Kashif said the attack has left him, his wife and their three young children in panic.

Earlier, a man driving a pickup truck killed four members of a Muslim family in the south of Canada's Ontario province, in what police called a planned attack.