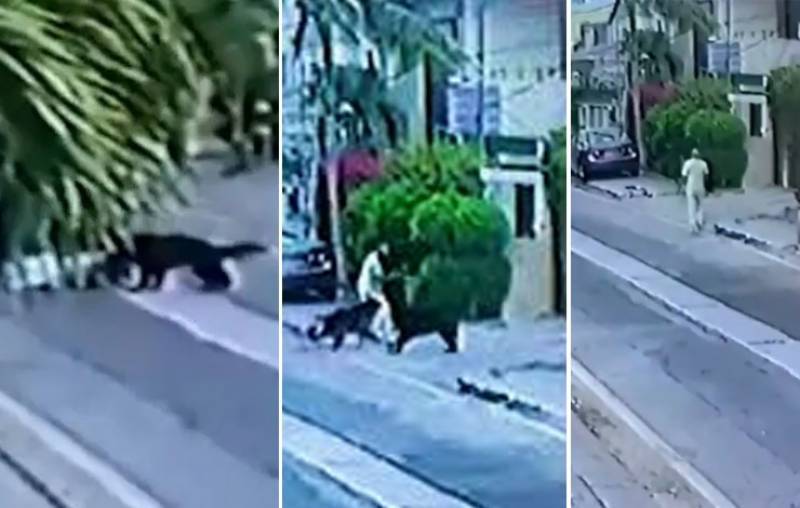 KARACHI – Police have asked the Federal Investigation Agency (FIA) to place the names of two persons, whose dogs mauled a senior lawyer in Karachi earlier this month, on the Exit Control List (ECL).

Police department has sent a letter to FIA after a local court cancelled the pre-arrest bail of Hamayun Ali Khan and his son Daniyal Ali, the owners of the dogs, in order to prevent them from fleeing the country.

In the CCTV footage of June 16, the advocate can be seen walking when the two German shepherd dogs pounced on him and tackled him to the ground as the elderly man helplessly tried to defend himself.

Following the incident, police arrested two handlers of the dogs have been held. However, the suspect, Daniyal had fled while his father, Humayun Khan, had got pre-arrest bail.