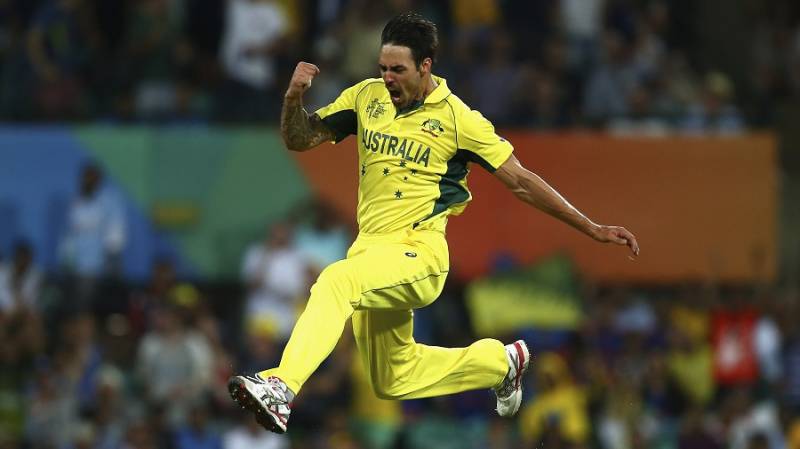 SYDNEY (Web Desk) - Australia smashed defending champion India out of the world cup 2015 by a 95 runs defeat in semi-final match on Thursday in Sydney Cricket Ground.

Australia will now face the co-host New Zealand in the final at Melbourne Cricket Ground on March 29, 2015.

India failed to chase the target of 329 runs when the whole team collapsed at the overall score of 233 in 47th over.

Indian skipper MS Dhoni remained the most successful batsman who scored 65 runs off 65 balls. S Dhawan and AM Rahane scored 45 and 44 runs respectively.

Earlier, Australia managed to score 328 runs for a loss of seven wickets after the captain Michael Clarke won the toss and elected to bat first.

Steve Smith was the top scorer from Australian side and made 105 runs, while the opening batsman, Aaron Finch, scored 81.

From the Indian side, Umesh Yadav took 4 wickets for 72 runs, while Mohit Sharma took 2 wickets for 63 runs.

Both teams had retained the same sides that won quarter-final matches, Australia beating Pakistan by six wickets in Adelaide and India going past Bangladesh by 109 runs in Melbourne.