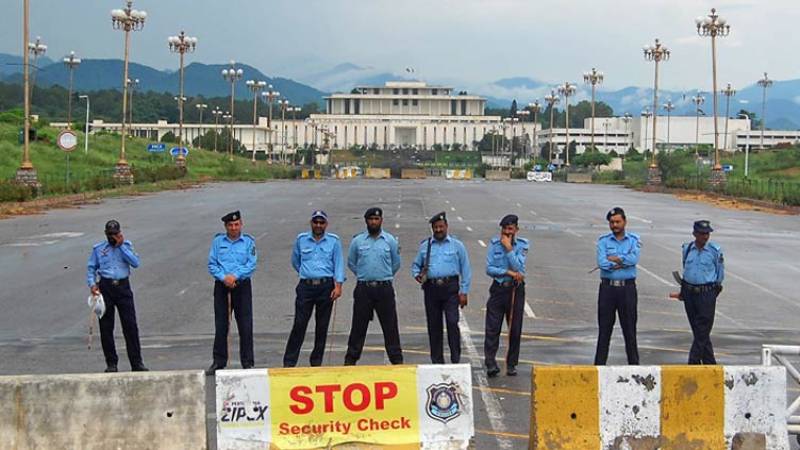 ISLAMABAD – The federal government has decided to completely seal the Red Zone area and tightened security in the capital city ahead of the ruling PTI-led and PDM rallies.

PTI set to hold its ‘one million’ people jalsa in the Parade ground on Sunday (March 26) as the Opposition parties have geared up efforts to remove Prime Minister Imran Khan.

On the other hand, PML-N’s “Mehngai Mukao” long march set to begin today under the leadership of Maryam Nawaz and Hamza Shehbaz from Lahore, while JUI-F has started its march towards Islamabad from Karachi. The opposition parties are expected to reach the federal capital on March 28.

Reports said that Islamabad police have sent a summary to the government, seeking 12,000 additional personnel from the provinces.

The Ministry of Interior has already approved the deployment of 1,200 FC troops and 1,000 Punjab Constabulary in the federal capital.

Islamabad Police said that security is being beefed up in order to avoid any untoward situation and confrontation between PTI and PDM workers.

Meanwhile, all holidays in public hospitals, police department and administrative officials have been cancelled in Islamabad.

ISLAMABAD – The 41st session of the National Assembly, which was considered significant as the no-confidence ...