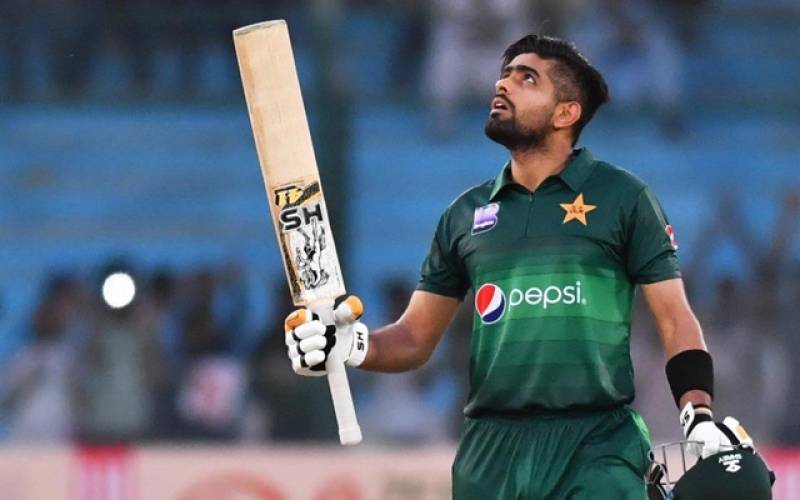 “I had met Imran Khan but there was no talk on cricket. I will like to meet him and talk about his tactics on the field, especially during the 1992 World Cup as it will be very helpful for me,” crickpakistan.com.pk quoted him as saying.

The 25-year-old, who scored 1,850 runs in 26 Tests, was also disheartened to be away from cricket for the past two months due to coronavirus COVID-19 pandemic saying we had important Tests as well as the T20 World Cup this year.

“Obviously when you are playing cricket regularly, it becomes disheartening to stop all of a sudden. We do whatever when can to maintain fitness and practice at our home,” he said and added that the fans would also be missing cricket.

Speaking about the upcoming tour of England, Babar said human life was more important than cricket.

“Human life has far more value than cricket and the Pakistan Cricket Board (PCB) will only go ahead with the tour if proper health and safety measures are put in place,” he said.

Pakistan was scheduled to play three Tests in August followed by an equal number of T20s, with the matches taking place behind closed doors as part of measures to combat COVID-19.

Babar, who scored 3,359 runs in 74 ODIs, also spoke about playing behind closed doors while comparing it with Pakistan’s matches in the United Arab Emirates (UAE).

“Playing behind closed doors is not ideal because the support from fans is vital for players. We have played without crowd for almost a decade in UAE so we know how it feels,” he said.

Babar, who scored 1,471 runs in 38 T20s, was also glad to see the Pakistan Super League (PSL) being played in Pakistan this year.

“I’m thankful to the PCB for organizing PSL in Pakistan this year, which I thoroughly enjoyed and I’m sure the fans did

as well,” he said about the league which was postponed indefinitely due to Covid-19 before the playoffs round.

Babar was also keen on seeing the national side improve its rankings across all formats.