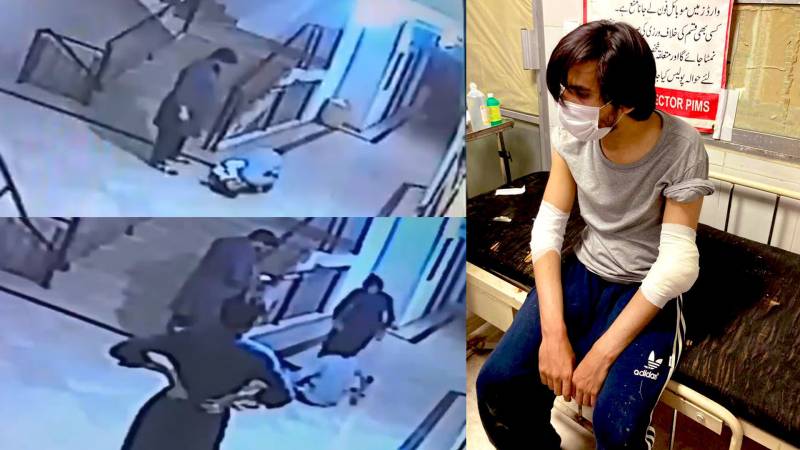 ISLAMABAD – Pakistani journalist Asad Ali Toor has been reportedly assaulted at his residence in the federal capital late Tuesday.

According to local news channels, unidentified attackers broke into his residence and physically assaulted the journalist.

In the CCTV footage of the incident, three unidentified suspects can be seen fleeing from his apartment after attacking Toor. The clip also showed the injured journalist walking out of the apartment with his hands and feet tied, calling for help.

Pakistan Muslim League Nawaz VP Maryam Nawaz and PPP chairperson Bilawal Bhutto, and other politicians denounced the attack and called out officials to investigate the matter at the earliest.

OMG! This is shocking! May Allah protect him. I hope he is out of danger. https://t.co/al8K7XVCht