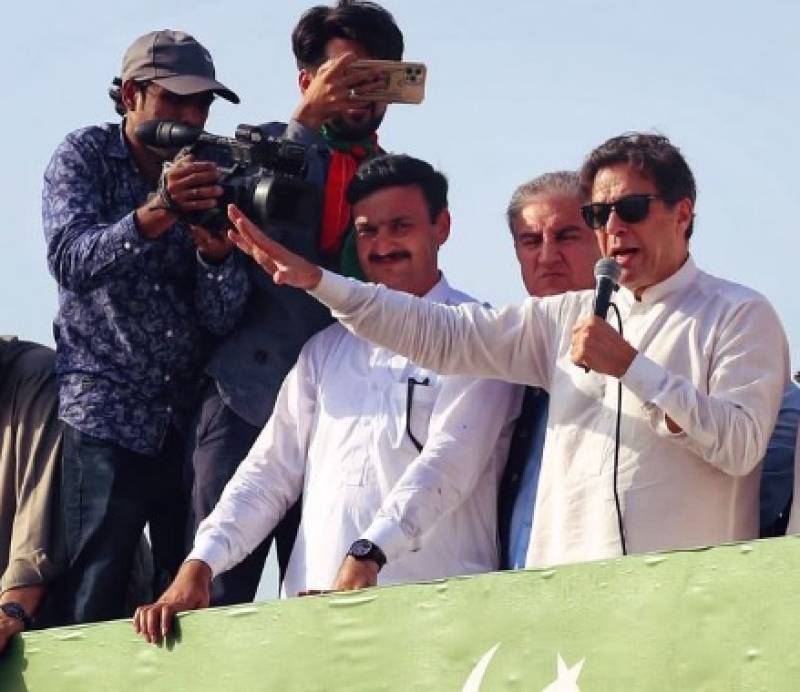 ISLAMABAD – The Supreme Court of Pakistan on Thursday dismissed a petition filed by the federal government seeking contempt proceedings against PTI chairman Imran Khan over violation of court's orders during its protest in Islamabad.

The Court observed that the yesterday's order of allowing PTI to hold protest in Islamabad was to ensure the fundamental rights of movement, assembly and association as enshrined in the Constitution, Radio Pakistan reported.

After the court was informed about the violence and clashes during the protest, the top court said that it world issued a comprehensive order after pondering over the matter keeping in view the nature of assembly and association so that it can serve as a guideline to the practice of constitutional rights in future.

The chief justice observed that fundamental rights of assembly, association, movement are not unlimited as there are certain limits to them.

At the outset of the hearing today, Attorney-General of Pakistan, Ashtar Ausaf Ali presented his submissions before the Court pointing out the violations of Court's order by PTI.

He also informed the court that the PTI breached the designated place given for the protest in the light of the top court’s orders, adding that protesters reached the D-Chowk and entered the Red Zone after Imran Khan urged them in his speeches during the Azadi March.