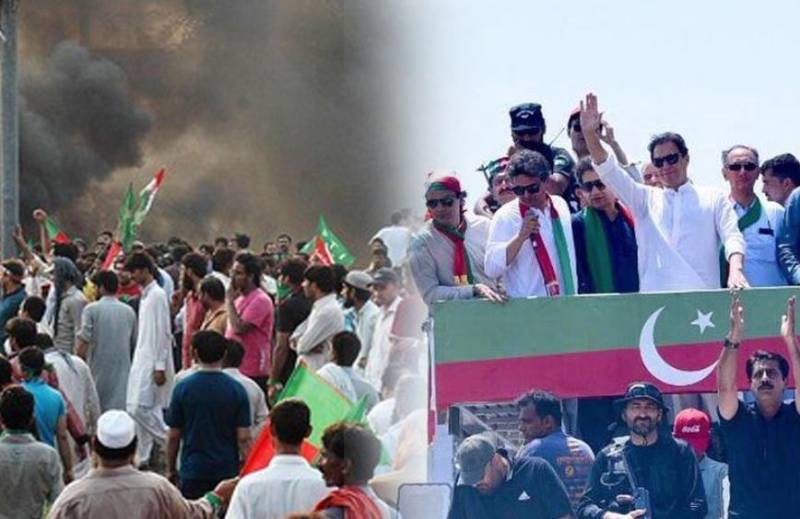 ISLAMABAD – Former prime minister Imran Khan and several leaders of his party were booked in two separate cases for setting trees and public property on fire in the Blue Area of the federal capital.

Islamabad Police on Thursday lodged a case against former ruling party leaders including Chairman Imran Khan a day after clashes continued between the protesters and law-enforcement agencies at different locations in the twin cities.

The case was lodged on the complaint of a Sub-inspector of the capital force who said that hundred of charged PTI activists moved towards Express Chowk and pelted stones at deployed police officers and also set fire to trees.

FIR stated that PTI workers vandalized at the ‘behest of party chief Imran Khan and other leadership’.

Another case was registered on the complaint of another police personnel who claimed that armed PTI activists chanted slogans, incited people and set fire to the trees, and damaged public property.

The police action come after the federal capital turned chaotic as Imran Khan and his convoy entered the city and started marching towards the D-Chowk.