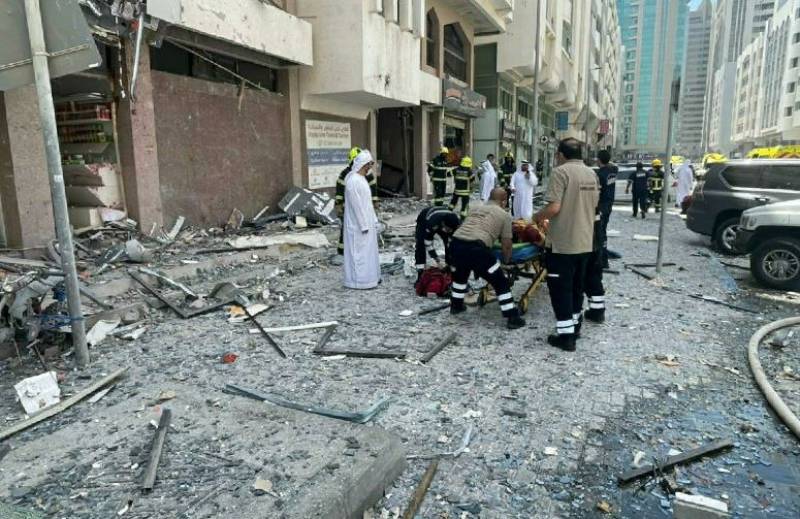 DUBAI – Abu Dhabi police said two people were killed while 120 others were injured in a gas cylinder explosion in Abu Dhabi earlier this week.

Reports in international media suggest that Emirati police issued this statement hours after the incident and warned the public against posting any pictures of this incident.

The incident reportedly occurred on Monday afternoon near a restaurant in the Khalidiya, a cultural hub in capital of the Emirate.

Abu Dhabi Police and the Civil Defense Authority later rushed to the site, and evacuated locals to ensure that the buildings were safe for habitation.

Abu Dhabi Police also shared a tweet, saying cops and rescue teams have announced the removal of debris from the site of gas cylinder explosion, and the gradual return of residents to their homes after authorities ensured the safety of the buildings.

Abu Dhabi cops also appreciated residents for their cooperation, and urged them to use gas cylinders safely and while undertaking regular maintenance.

A statement issued by the Department of Health Abu Dhabi said officials are in coordination with Abu Dhabi Police and Abu Dhabi Civil Defense Authority and confirms that all injured have received necessary medical care in the emirate's healthcare facilities, which have performed all necessary examinations to ensure the patient's safety and wellbeing.

All injured received necessary medical care
DoH has been in direct coordination with @ADPoliceHQ & Abu Dhabi Civil Defense Authority & confirms that all injured cases that have resulted from the gas cylinder explosion incident in a restaurant at Al Khalidiya area in #AbuDhabi pic.twitter.com/L5DjRWPqz9

Officials also extended their sincere condolences and sympathy to the families of the two deceased cases and are coordinating with the relevant authorities to complete the necessary procedures.

Meanwhile, missions of both sides contacted with the relevant authorities for further information on the deceased, including their identities however Pakistani Embassy has not issued any statement on the matter.