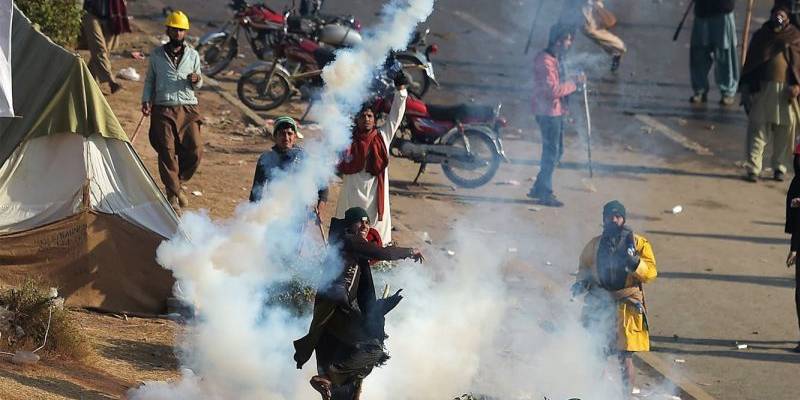 LAHORE – Supporters of Tehreek e Labbaik on Sunday again blocked the major roads of Lahore as the government failed to negotiate with the protestors camped out at Islamabad’s Faizabad Interchange for nearly three weeks.

According to local media reports, 19 different points of the provincial capital including Mall Road, Shahdara Morr, Babu Sabu, Amamia Colony railway crossing, Thokar Niaz Baig, Faisal Chowk and Ichra areas have been blocked by the supporters of the religious party. Heavey contingents of law enforcement agencies cordoned off the area and no one is being allowed to pass these points. 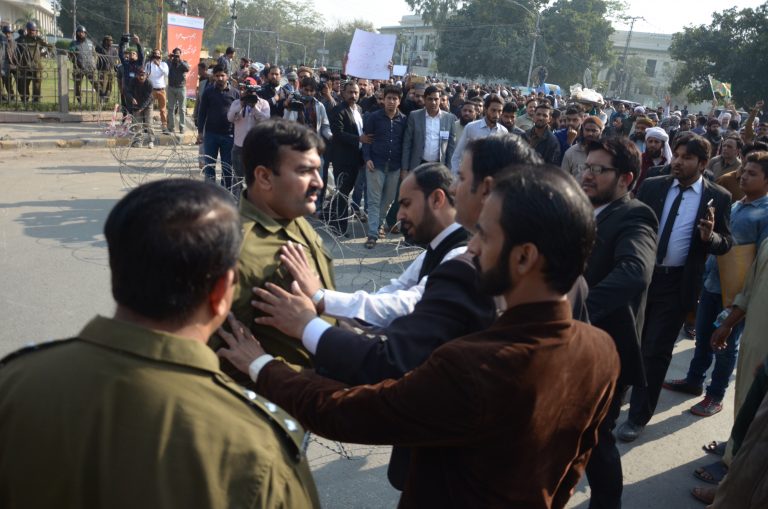 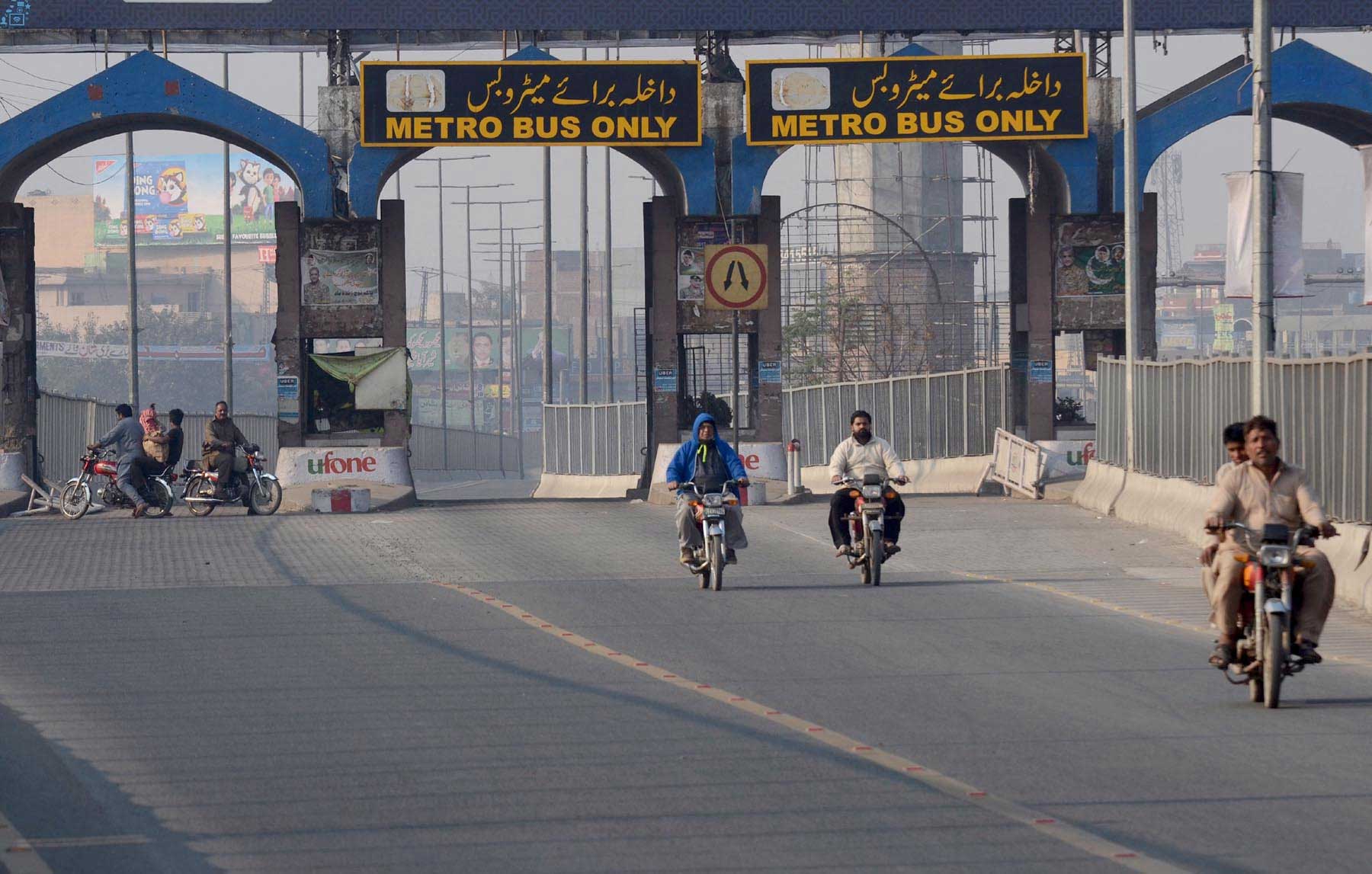 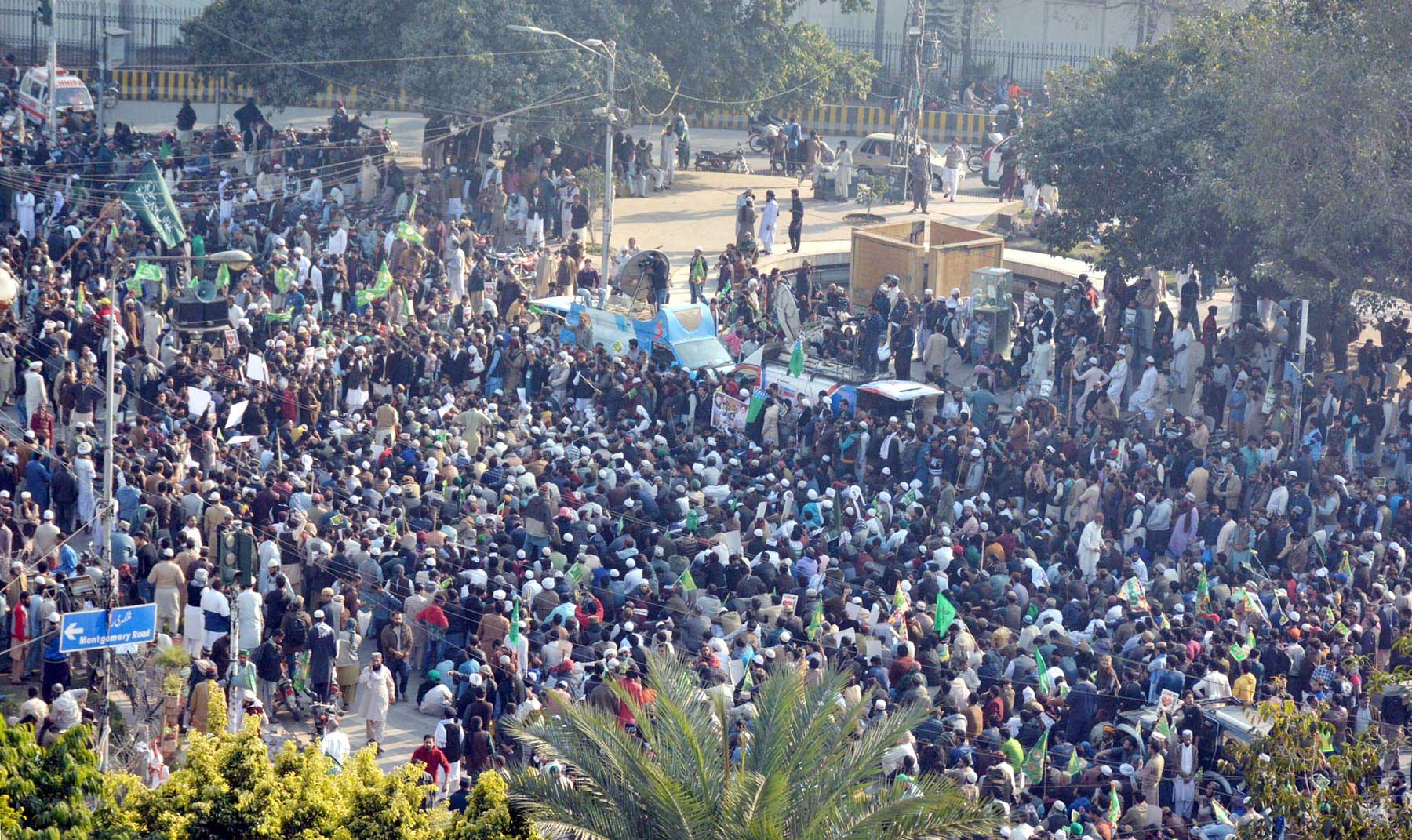 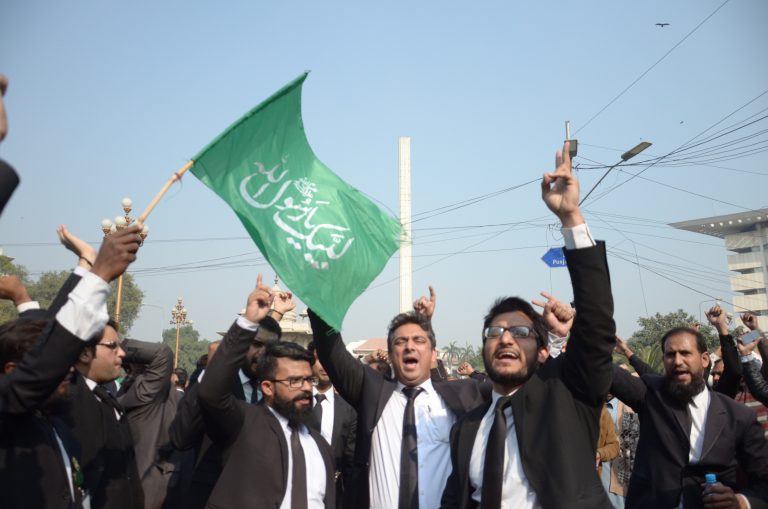 Paka Mail and Thokar terminal are blocked with containers after the notice of interior ministry to call in the army but on Sunday morning no army troops or vehicles were seen in streets and Social media websites and all  private television broadcasts are still banned in Pakistan and many people are unable to get news updates.