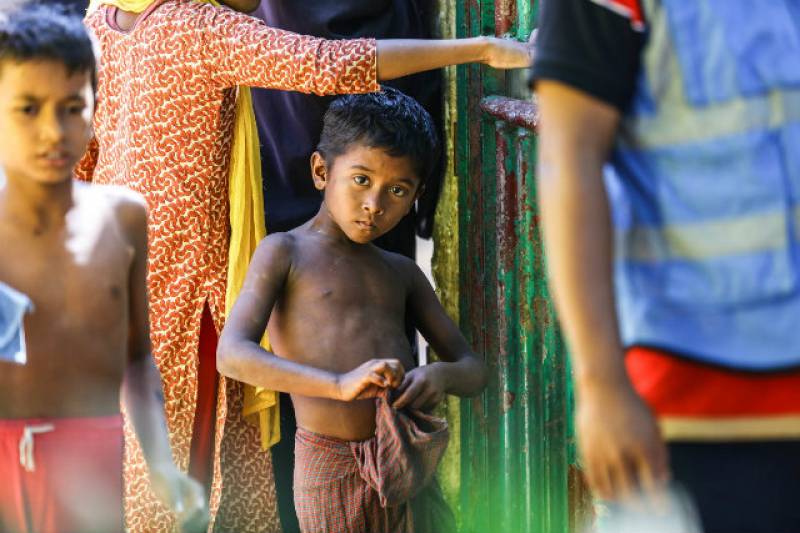 BANGLADESH - Nearly 600,000 Rohingya refugees have fled violence in Myanmar since August 25. Among the refugees are heavily pregnant women, elderly people, and children. They are exhausted, hungry and distressed, with many in need of urgent medical care. This is now known as the fastest-growing refugee emergency in the world.

As the influx is increasing daily, needs are escalating, leaving most operations in Bangladesh underfunded. 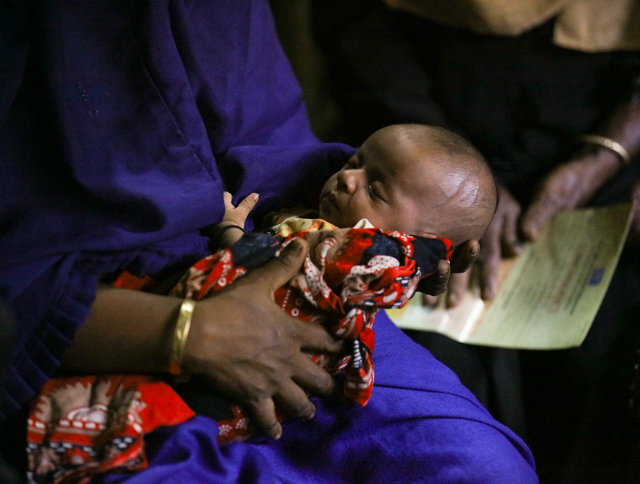 In a bid to assess the refugees’ growing need for lifesaving aid like shelter, food, water and healthcare, a UAE official delegation including representatives from the Sharjah-based global humanitarian charity, The Big Heart Foundation (TBHF), went up to the Kutupalong refugee camp in Ukhia, Bangladesh. 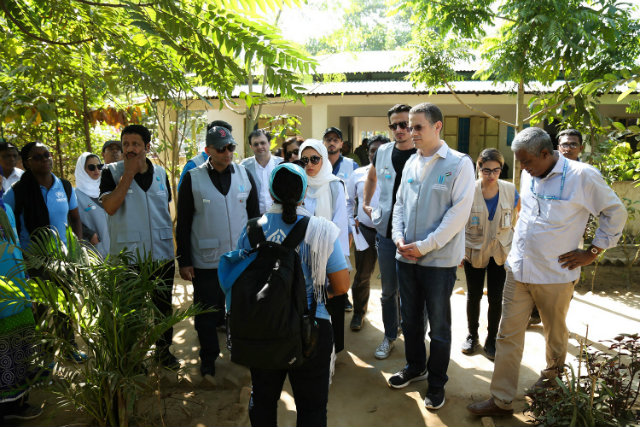 The visit was organised by TBHF in collaboration with the United Nations High Commissioner for Refugees (UNHCR). 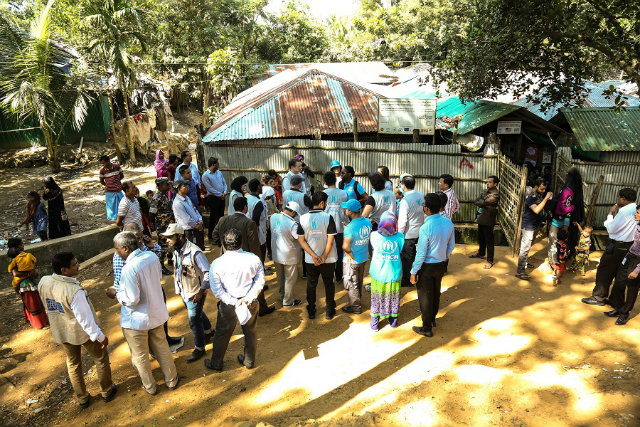 The visit is in line with the vision and directives of Sheikha Jawaher bint Mohammed Al Qasimi, wife of the Ruler of Sharjah and Chairperson of TBHF, who has dedicated every effort through TBHF, to save lives, protect rights and build a better future for forcibly displaced communities and stateless people. 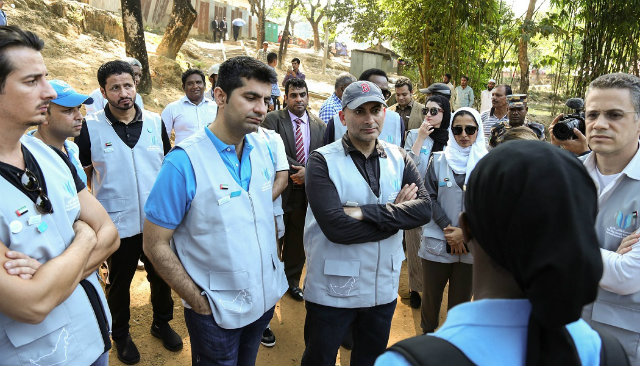 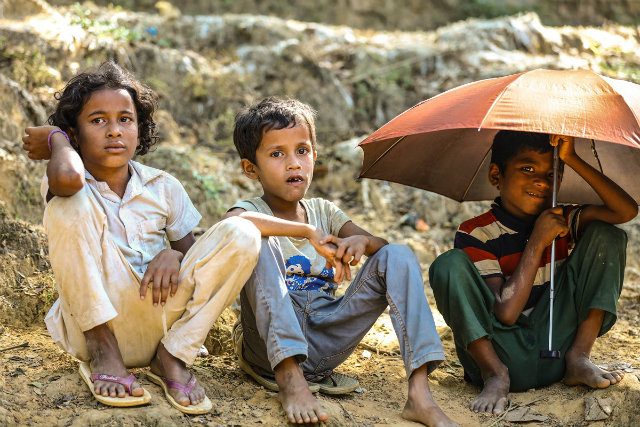 The delegates met with several UNHCR officials to assess the humanitarian needs to the people in the refugee camp, and better understand from the UNHCR about those relief operations that require urgent funding and assistance. They also met numerous refugee families trying to survive the deplorable conditions in the overcrowded camps facing an extreme shortage of food, shelter and basic healthcare.

Sheikha Al Qasimi has strongly called upon the global community to unite in stopping the undignified treatment the Rohingya people are being subject to. Urging the world to break this unjust silence, she said: “Rohingya refugees, especially women and children, are facing a catastrophic humanitarian plight after they have been forcibly displaced from their homes, a tragedy that resulted in separating family members and keeping them away from their homes that they worked hard for long years to build them.

“The violation of the rights of many children, who have been deprived of living with their families and enjoying life with their friends, made children feel insecure and deprived of being brought up in a healthy and proper environment as their peers around the world."

She added: “The visit to Rohingya refugee camps by heads of government organisations and private corporations reinforces the UAE’s spirit of solidarity and our readiness to extend a helping hand to members of the global human community in need. Our human ambassadors of hope were there to encourage those who have lost hope, and on the basis of information collected during this visit, we will try our best to help our Rohingya sisters and brothers cope with the burdens of displacement.”

Sheikha Jawaher reminisced about the visit she made to the Rohingya refugee camps in Malaysia in May 2016 with the Ruler of Sharjah, stating how being there brought her closer to the despair of those innocent people and their families, and strengthened her resolve to do everything in her might to make their lives better.

Upon her visit to Bangladesh, TBHF Director Mariam Al Hammadi said: “The Rohingya is one of the most persecuted minorities in the world. The ordeal of Rohingya refugees is a real humanitarian tragedy, which grows worse every day. The latest influx has increased their number drastically to reach over a million refugees. A vast majority of them are unable to meet their basic needs, increasing pressure on Bangladesh, which continues to receive boats full of Rohingya people on a daily basis.”

“Every human being who has been subjected to violence, persecution, war or disaster at home has the right to seek asylum and find safe refuge. The Big Heart Foundation was founded to lead and assist humanitarian operations around the world. We work tirelessly to reach out to people in need, no matter where in the world they are, in the hope that we are able to do enough to alleviate their sufferings and give them hope for a better and secure future,” she added. 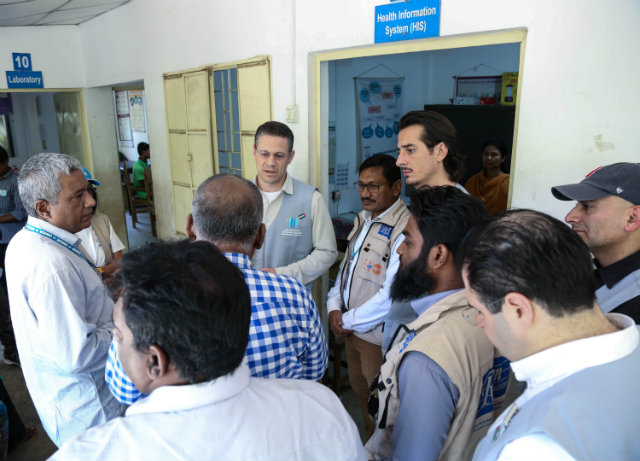 Upon their visit, the UAE delegation has been able to get a closer look into the ground realities of the situation, and have defined food, clothes, health and education as sectors that require immediate attention. TBHF plans to shape a relief strategy in collaboration with other members of the Bangladesh delegation, and deliver it to the Rohingya community at the earliest.

The suffering of the Rohingya refugees in Bangladesh is described by international observers as the harshest, most difficult and agonising in the world. The growing number of refugees has increased the scope and magnitude of the crisis, and the refugee camps have become one of the most densely populated places in the world, with 90,000 people/km2; three times the population density of the Bengali capital Dhaka. This is further aggravated by the absence of plumbing, sewage and sanitation networks and facilities from the camps’ new expansions, and the ongoing fear of the contamination of clean drinking water.

A quarter of all children suffer from malnutrition as a result of the acute food shortage, with 7% of children suffering from severe undernourishment; one of the largest figures handled by humanitarian international organisations from around the world. More than 56,000 Rohingya families are dependent on their children to survive, as many of the parents were killed both in Myanmar and during fleeing the massacres.

In June 2015, Sheikha Jawaher Bint Mohammed Al Qasimi launched The Big Heart Foundation to coincide with the World Refugee Day. It followed her decision to transform what was then The Big Heart Campaign into a global humanitarian foundation. The move aimed to redouble their efforts to help refugees and people in need worldwide, with the new foundation adding significantly to the UAE’s strong portfolio of humanitarian initiatives, and reinforced its reputation, both regionally and globally.