Selena Gomez reportedly had a panic attack before her AMAs performance 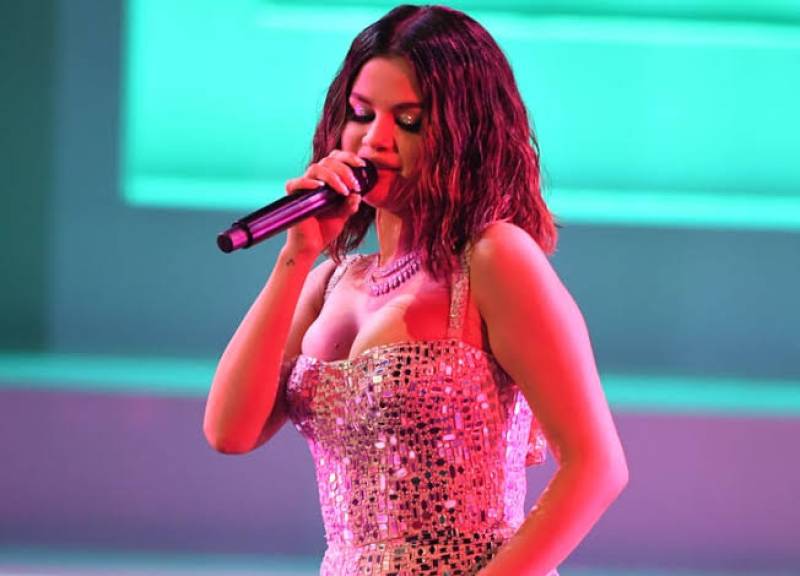 Selena Gomez suffered a panic attack shortly before taking the stage at the American Music Awards Sunday night in Los Angeles, according to a source close to the singer.

“She definitely had a panic attack. She was nervous. She hasn’t been on stage in two years, and it’s an important song in her career,” the anonymous source told People magazine. “She really wanted to deliver.”

Billboard confirmed there were some technical audio issues during "Lose You to Love Me" and "Look at Her Now" opening number. But Gomez put on a sassy and lively display on stage despite them. Her friend Taylor Swift was a big supporter in the audience.

The songstress donned a long-sleeved, figure-hugging black dress before changing into a mirrored corset to perform her two new songs.

Later in the night, Gomez expressed her gratitude on Instagram. “Feels good to be back,” she captioned a shot of herself on the red carpet. “Thank you to my entire team and to my fans that stand by me. All of this is for you and because of you. excited for this chapter.”

Feels good to be back. Thank you to my entire team and to my fans that stand by me. All of this is for you and because of you. excited for this chapter #sg2 @amas 💚

In recent years, Selena has been quite open about her mental health. A few months ago she was honoured by the hospital where she spent time post experiencing an emotional breakdown back in 2018. The singer spoke about her journey in her acceptance speech.

"Last year, I was suffering mentally and emotionally and I wasn’t able to stay all kept up and together. I wasn’t able to keep a smile or to keep things looking normal. It felt like all of my pain and my anxiety washed over me all at once and it was one of the scariest moments of my life," Selena said.

Made her more of a woman.

She also revealed that she's doing better, despite the fact she hasn't completely healed. "Although this does not mean that it has all gone away, I can say that after a year of a lot of intense work, that I am happier, I am healthier, and I’m in control of my emotions and thoughts more than I’ve ever been," she said.