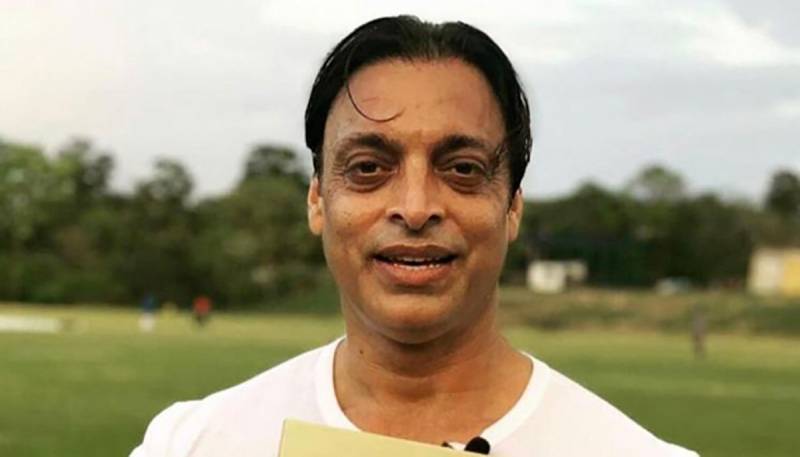 During the ICC Men's T20 World Cup, Akhtar had a heated argument with PTV Sports anchor Dr Nauman Niaz on live TV, where the latter had misbehaved with the national star.

Following the argument, Akhtar had resigned from the live show. While the public supported the Rawalpindi Express, the state-owned channel had sent him a recovery notice asking him to pay Rs100 million in damages and reimburse three months' salary worth Rs3,333,000 for violating clauses of their contract.

However, before the end of the month-long cricket series, a truce had been reached between Akhtar and Niaz, after a meeting at the residence of Minister for Information and Broadcasting Fawad Chaudhry.

Apologising to Akhtar, Dr Niaz had admitted that what had transpired on the live show should not have occurred. He had said that their 30-year-old friendship should not end.

Senior anchor Saleem Safi had taken Akhtar to Chaudhry's home, whereas Dr Niaz had been called over to the residence by the information minister himself.