Adnan Siddiqui took to social media to voice his concerns regarding the performance and termed it disrespectful. The Meray Paas Tum Ho actor wrote a lengthy message for his followers, questioning the extent of "creative liberties" involved in the renditions of the national anthem.

"Is it appropriate to take creative liberties with our National Anthem, which was composed to instil in us patriotism and remind us of our nation’s glory? Does our Constitution permit anyone to improvise/remix the Tarana in the guise of creativity? It’s always played in the original rendition at matches, tournaments, other state functions," Siddiqui wrote.

"At a famous award show, artists however, fiddle with the National symbol and possibly get away with it too. Personally, I find ‘remix’ of the Tarana disrespectful. Thoughts? #respectnationalsymbols," he concluded.

Shortly after Siddiqui's post went viral, Sajal Aly shared her stance on the ongoing discussion. She posted Instagram Stories where she highlighted how the "rendition" of the national anthem is "inclusive of historically marginalised groups" and a far more patriotic act as it displays the idea of unity and love.

"Pakistan's diversity makes it beautiful. A rendition of the National Anthem that is inclusive of historically marginalised groups is far more patriotic than imposing a rigid and unitary idea of how to show love for our country and its people," wrote Aly. 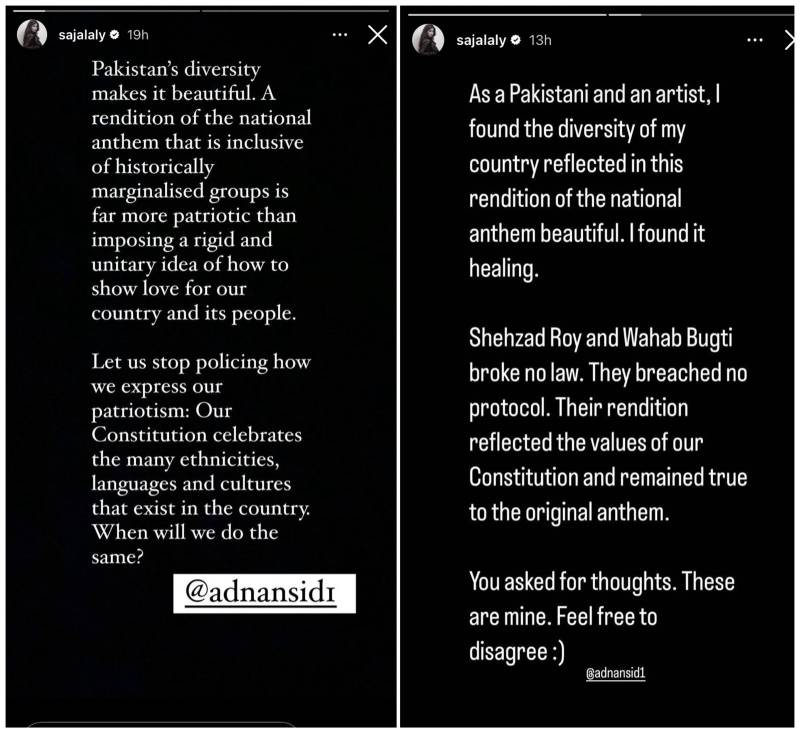 "What next because we are creative and should celebrate diversity? Hoist the National Flag upside down and design our own version of the emblem?" Siddiqui concluded the discussion by clarifying how he has not mentioned any artist names in his original post, therefore Aly should not "stoke unnecessary controversy". 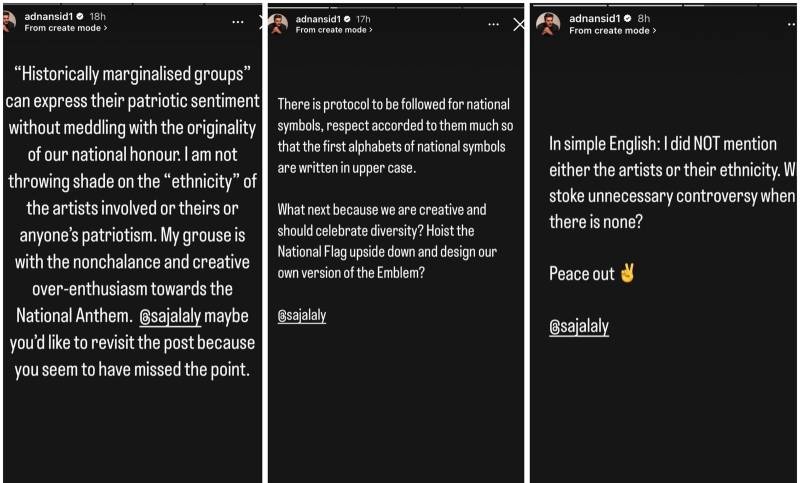 Moreover, Farhan Saeed also came out with a disagreement and said that there are already plenty of things on Pakistan’s Not To Do list and we do not need to add to it more. 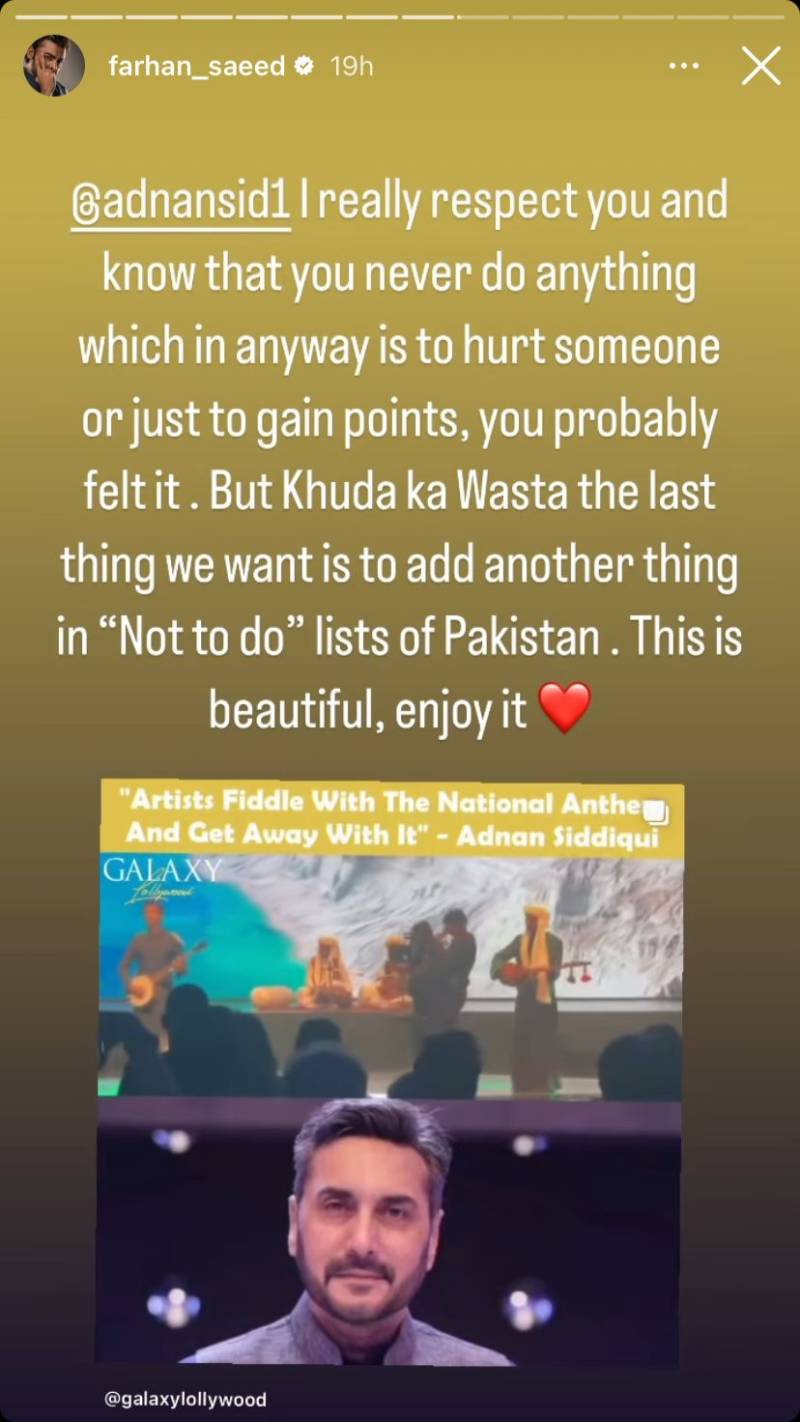 Pakistani actor and producer Aijaz Aslam too came forward in support of Adnan Siddiqui. Taking to Twitter, he wrote, "I think @adnanactor has a valid point in this recent argument, what he actually meant was …‘Not to fix something which is already perfect’ . Samajh tou gaye hongay Aap Sab"

I think @adnanactor has a valid point in this recent argument , what he actually meant was …‘Not to fix something which is already perfect’ . Samajh tou gaye hongay Aap Sab #respect #NationalAnthem #PakistanZindabad