Punjab CM offers job to the son of late comedian 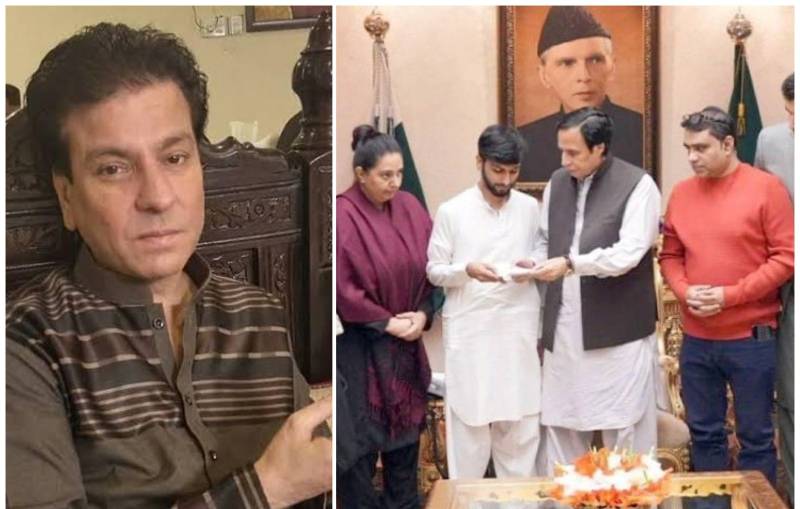 A Board of Trustees has been constituted to ascertain the mode of disbursement of relief fund which will be headed by the chief minister. Secretary Information will be the Secretary of the Board of Trustee, Qavi Khan, Syed Noor, Sohail Ahmed, Nauman Ijaz, Javed Sheikh, Iftikhar Thakur, Qaisar Piya, Samina Ahmed, Fayyaz-ul-Hassan Chohan and Thakur Lahori will be its members.

The chief minister has enhanced the monthly assistance of the artistes from Rs5,000/ to Rs25,000. The artistes meeting with the CM thanked him. Pervaiz Elahi consoled Junaid Tariq and expressed his affection by embracing him.

The chief minister offered Fateha for the forgiveness of the departed soul. He stated that we deem our responsibility to look after family members of the artistes, adding that providing assistance to the artistes is not a favour to anyone as it is our collective responsibility. He lauded Tariq Teddy late for holding a distinctive place among his contemporaries. Junaid Tariq, son of Tariq Teddy late, thanked the CM and acknowledged that Pervaiz Elahi is a kind-hearted person having tender feelings for the poor.