The most generous countries in the world: Where does Pakistan rank? 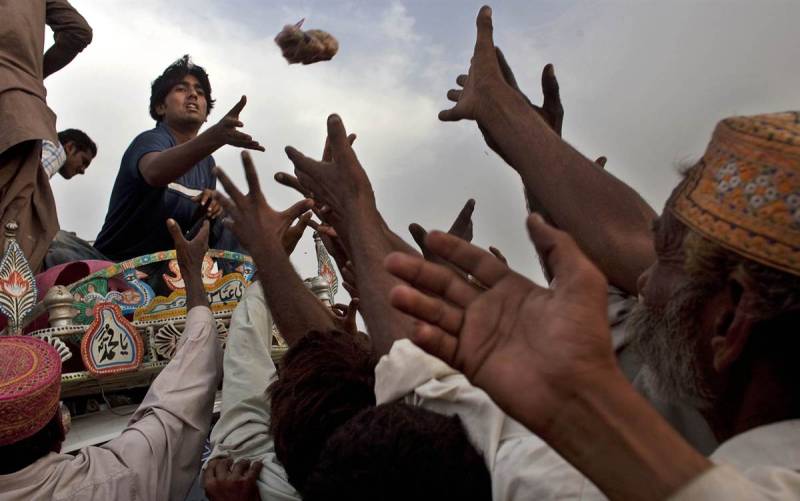 NEW YORK -A leading study on global generosity, CAF World Giving Index has rolled out the list of most generous countries around the world and Pakistan has been ranked at 92 in the list. 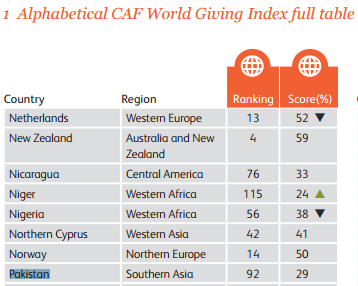 Pakistan, that is socially termed as the most generous country in the world falls at 92nd slot in the index up from 94th rank last year however, Pakistan managed to grab 8th slot in the category of helping strangers.

What seems interesting is Iraq's top position in world's generous country to strangers in 2016. The war-torn region rising as the most generous country has raised the eye brows of think tanks as to how war effects spirit of the masses.

Eighty-one percent of Iraqi respondents reported helping someone they didn't know in the month before the study was conducted.

Myanmar is ranked at the top of the index, which combines a variety of "behaviors," including the proportion of the population that gives to charities, helps strangers and volunteers time for charitable causes.

Part of this owes to the religious dominance of Buddhist tradition of alms-giving and Islamic customs of giving.

For wealthy Europe, United Kingdom topped the list for being generous  followed by Ireland and the Netherlands.

The study also revealed that men lead women when it comes to engaging in volunteering or helping a stranger but the gap is not much wider.