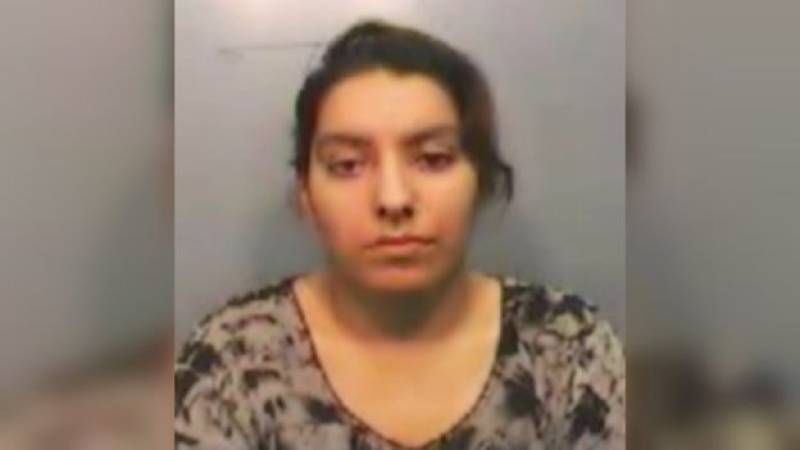 LAHORE - A Pakistani-origin woman was jailed for life in the UK for killing her sister at the home they shared in Luton.

Sabah Khan had initially claimed her sister Saima was killed in a botched burglary but later admitted to stabbing her to death in a jealous rage.

The Old Bailey court was told that Sabah had an affair with her sister’s husband, Hefeez Rehman, but he had ended the liaison to reconcile with wife Saima.

Judge Christopher Moss sentenced Khan to life, directing her to serve a minimum of 22 years behind bars before being considered for parole.

The court heard how the 27-year-old care worker had lured her older sister back home from a funeral in May this year on the pretext that one of her four children was crying.

She had purchased a large kitchen knife from the supermarket and attacked Saima as soon as she walked into the hallway in what was described as a ”vicious and sustained” attack.

She inflicted 68 injuries to her sister’s head and body, slicing through her hand and neck, and continued striking the victim even after she was dead.

Judge Moss said the scene discovered by forensics was one of “absolute carnage”.

Sabah then stuffed her bloodied clothes, gloves and murder weapon into a rubbish bag, which was later found in the bedroom of the family home.

Prosecutor Jane Bickerstaff revealed to the court that Khan’s bitterness against her 34-year-old sister grew as Rehman distanced himself from his sister-in-law and she referred to Saima as “that bitch”.

“All was not well with Hafeez Rehman and his affection appears to have been transferred back to his wife,” said Bickerstaff.

Khan’s internet history revealed she had searched for “poisonous snakes”, “how to hire a killer” and “16 steps to kill someone and not get caught”.

She was also in frequent communication with a so-called “fixer” in Pakistan, whom she paid 5,000 pounds to engineer her sister’s death remotely.

The prosecution revealed that she seemed to have grown desperate as Saima and her family were due to move out of the shared family home later in the month of May when the murder occurred.

Saima’s husband, taxi driver Rehman, said in a statement: “I feel complete shame about having an affair with Sabah. I never imagined anything like this would ever happen. Sabah’s actions have left our four children without a mum...There is not a day goes by when I don’t regret my affair with Sabah.”