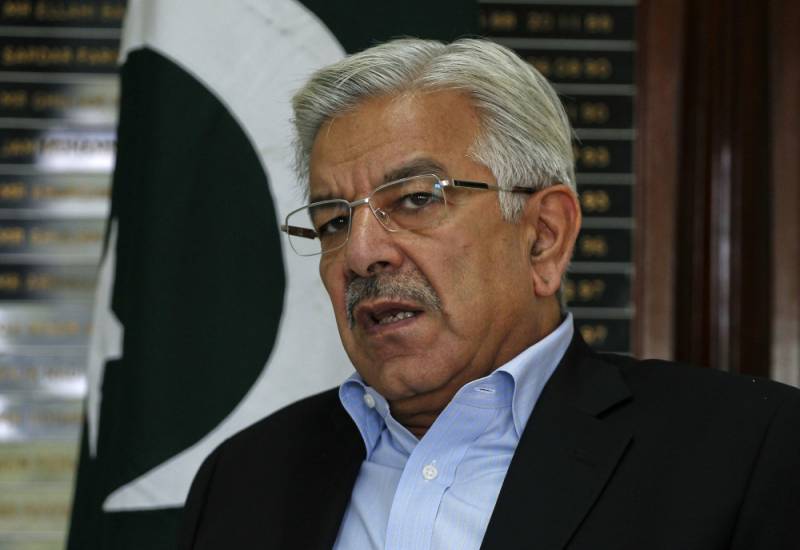 ISLAMABAD - "The US has given a list of 75 militants to Pakistan, we have clearly told the US that it is not responsible for the latter’s policy failures, nor is it ready to be made a scapegoat," Foreign Minister Khawaja Asif told the Senate on Thursday.

Asif said that the US has “handed over a list of 75 militants while we gave them a list of around 100 terrorists.”

The list was given to Pakistan during the visit of US Secretary of State Rex Tillerson on Tuesday.

“The Haqqani network is on the top of the [US] list but none of the militants is Pakistani,” Asif added.

According to Asif, the US had been told that Islamabad no longer has the influence over the Taliban as it did in the past.

“Neither are we supporting them [Taliban], nor do they need our help,” Asif stated.

“Somebody else is sponsoring them now,” he continued, without elaborating on it.

This comes as Washington and Kabul continuously blamed Pakistan for providing “safe havens” for the Taliban and Haqqani network militants in its soil.

Briefing the Senate Standing Committee on Foreign Affairs, Asif said he visited four countries of regional importance following the announcement of the revised US policy towards the region. All of the four friendly countries supported Pakistan’s stance towards the US, said the foreign minister.