AJK gets its first all-women police station in Rawalakot 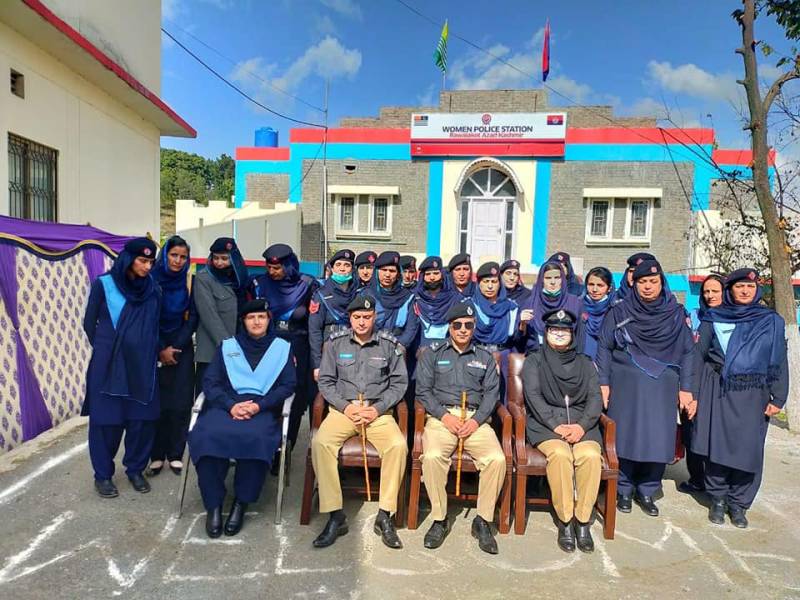 The staff of the newly inaugurated police station would comprise an 11-member team, led by Sub-Inspector Zahida Hanif as a station house officer (SHO). The government has also planned to open two more women police stations in Muzaffarabad and Mirpur, per reports.

Speaking at the inauguration ceremony, Niazi said the development depicted his party’s manifesto which aimed to safeguard women of the region. The recently elected PM reiterated his resolve to fulfill all the commitments made with locals to bring reforms in the governance system.

IGP AJK speaking with a leading daily said officials at the station would investigate complaints about harassment of women in workplaces or educational institutions, cyberstalking, child abuse, domestic issues mainly violence, civil issues including property disputes as well as cases in which females were the accused.

PESHAWAR - In a first, the Khyber Pakhtunkhwa police has appointed a female as station house officer (SHO) in Peshawar ...

Azad Kashmir saw the appointment of its first female SHO in a male police station around five years ago. Then sub-inspector Shaista Hussain had held this position in Saddar Police Station Muzaffarabad for about 13 months and she is serving as chief law instructor (inspector) in Police Training School, Muzaffarabad.

QUETTA – In a move to encourage women in Balochistan, comparatively a conservative province in Pakistan, a woman ...