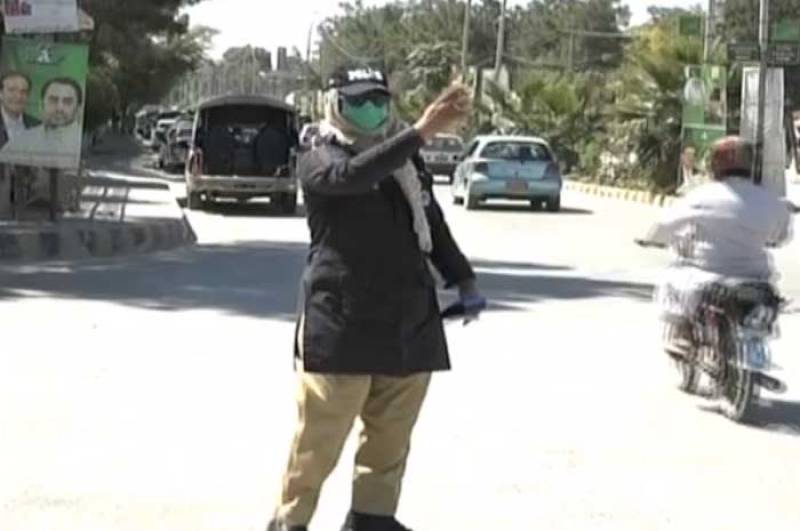 QUETTA – In a move to encourage women in Balochistan, comparatively a conservative province in Pakistan, a woman has been appointed as first-ever traffic police sergeant in Quetta as well province.

With responsibilities of controlling traffic on major roads, Sobia Khan is determined to perform her duty diligently.

She also vowed to not allow any violation of traffic laws as she fined three lady drivers on her first day of duty, SAMMA news reported.

Officials said that the decision has been taken to encourage the female drivers in the city.