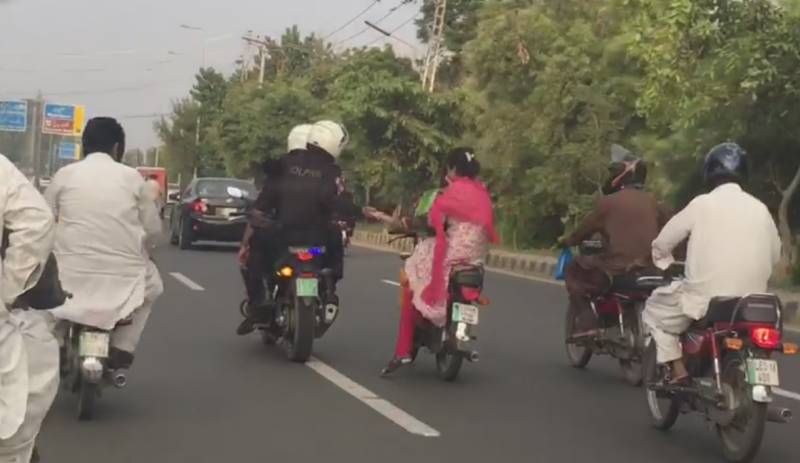 LAHORE - Two Dolphin force officials were spotted helping the girls whose motorbike apparently run out of petrol at Mughalpura area of Lahore.

In a video clip, the officials, whose prime duty is to curb street crimes in Lahore, can be seen holding the hand of a female bike rider, apparently, taking them to a fuel station. The girls were also not hesitant about the act of the policeman.

The Dolphin police official won the hearts of people for his act of responsibility and taking care of the citizens.

Earlier, two of Dolphin personnel were apprehended for their alleged involvement in looting citizens.

The Crime Investigation Agency Lahore arrested four suspects, including two officials of Dolphin Force, during the probe in dozens of robberies happened in the city.