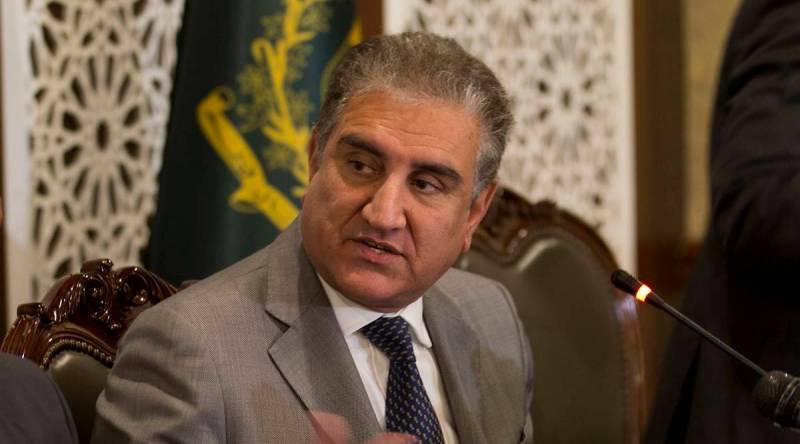 ISLAMABAD – Foreign Minister Shah Mahmood Qureshi has arrived in the British capital as he undertakes a three-day official visit to the Kingdom, it emerged on Sunday.

Reports quoting Foreign Office stated that Qureshi, after completing the week-long visit to the United Nations in New York, arrived in Britain to have broad-based discussions.

On his arrival at Heathrow Airport, the Pakistani Foreign Minister was welcomed by High Commissioner Moazzam Ahmad Khan, Deputy Ambassador Dr. Faisal Aziz along with other senior embassy officials.

He is set to attend a dinner at Pakistan House tonight and meet representatives of the Pakistani community there and will also interact with the media during his visit at the Pakistan House, per reports. The crucial visit is intended to take forward the process of consultation and collaboration between the Pakistan and UK.