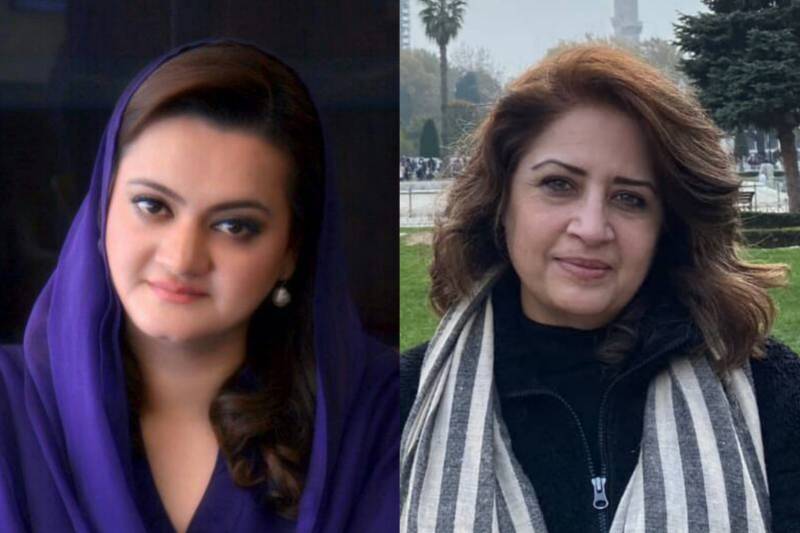 Pakistani actress Atiqa Odho has shared an eye-opening yet embarrassing video of Pakistanis disagreeing on political beliefs. The verbal spat between PTI supporters and PML-N member and Information Minister Marriyum Aurangzeb led to Odho expressing her distress over the situation.

Odho, who apparently supported the Pakistani political party Pakistan Tahreek e Insaaf (PTI), is also married to PTI leader Samar Ali Khan, but she stood up for Aurangzeb after she was harassed in the streets of London. Videos of the incident have been circulating on social media showing the PML-N member being heckled by people wearing PTI scarves although the politician remained calm and nonchalant.

Odho wrote, "You may not agree with someone's politics but harrassment of this nature is unacceptable as not the way to solve national issues. Shows a very poor side of Pakistan to the world when overseas Pakistani's behave in this manner. They become a part of the problem and not the solution. I request my friends and fans to carry themselves with dignity and work through the voting system if you are not happy."

She further added, "You achieve nothing with bad and immature behaviour. Don't get carried away by emotion and lack of proof or correct information. Get your facts right, have evidence for them and then follow the law always. Otherwise you are playing with Pakistan's future. Regards."

Taking to Twitter, Shehbaz Sharif stated: "The manner in which Marriyum Aurangzeb dealt with the harassment from the PTI supporters shows her grace. By her calm & honorable conduct, she exposed the ugly face of the harassers & their promoters. We are proud of her."

The manner in which Marriyum Aurangzeb dealt with the harassment from the PTI supporters shows her grace. By her calm & honorable conduct, she exposed the ugly face of the harassers & their promoters.

We are proud of her.

The Junoon actress was lauded for stepping up and calling out people for publicly harassing a politician who also happens to be a woman. Netizens commended the Sitara Aur Mehrunissa star for knocking on people's morale door and informing them that nobody should play the role of moral police.

Social media was set ablaze after veteran actor Nauman Ijaz made some controversial remarks about infidelity during his ...