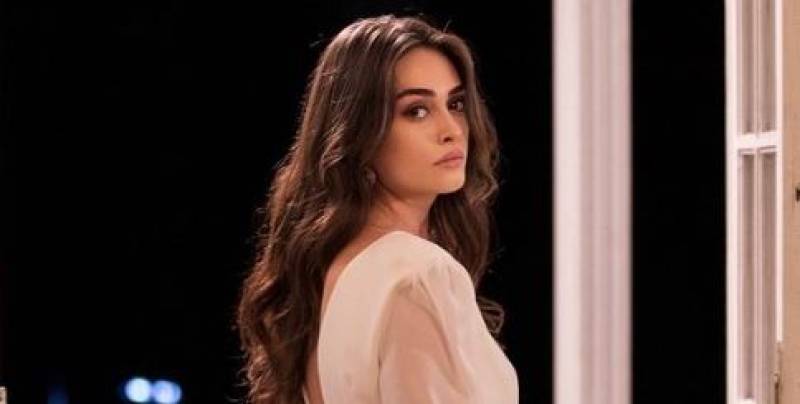 A new video of Turkish actress Esra Bilgic showing her playing with dogs has gone viral on the internet.

The latest video featuring the Ertugrul actress in a white top and red skirt has been captured apparently in the lawn of a house. The video shows Esra cautiously fondling two dogs fighting playfully, while the third one is roaming around. Esra was taken aback when one of the dogs growled at her. However, she continued playing with the pets for another few seconds after this minor setback. It wasn’t clear if the video was being shot for a TV drama or it was just a fun moment for the actress.

The Turkish actress and model, who shot to fame in Pakistan after playing Halime Sultan in the Turkish historical adventure Diriliş: Ertuğrul from 2014 to 2018, has a huge fan-following in Pakistan. Keeping in view her popularity in Pakistan, many top-notch companies have signed her as their brand ambassador. She is also doing a number of TV commercials in Pakistan. At home, she is playing a lead role in the crime drama series Ramo.