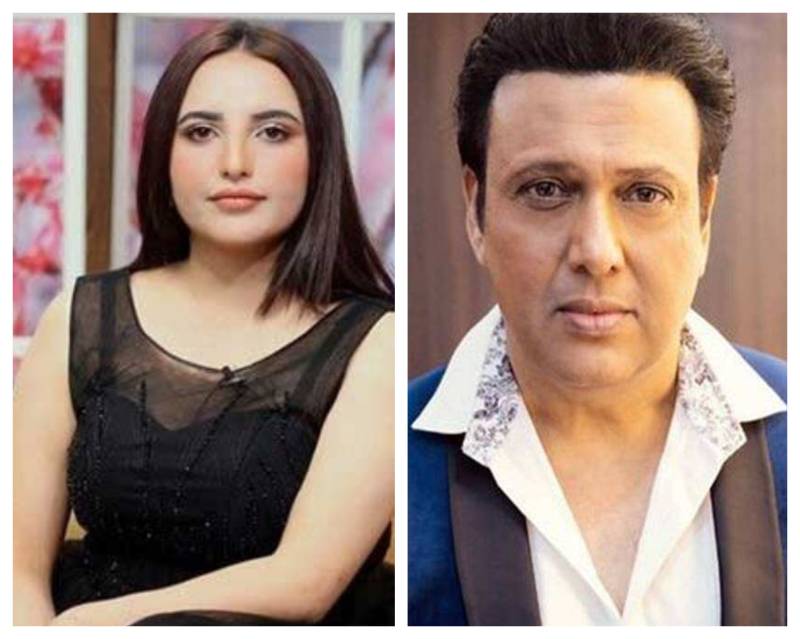 TikTok star Hareem Shah has definitely mastered the art to remain in the headlines as her peculiar actions hit a nerve amongst the masses.

Shah shared videos on her Instagram handle where she can be seen with the Indian actor. In one video, Hareem Shah is seen alone with Govinda while in another, the Indian star can be spotted striking a pose with Sandal Khattak and Shah.

Talking about the viral videos, the 36-year-old revealed that both the videos were made at different places and times.

According to Shah, the short clip was made a year ago in Dubai where they met Govinda and his wife at a dinner.

Hareem Shah met Govinda at the inauguration ceremony of a private company. Govinda was the special guest at the event while Hareem was the ambassador of the company.

Reinstating his personal, Hareem agreed that Govinda is a compassionate and cheerful person in real life too much like his onscreen presence.

ISLAMABAD – TikTok sensation Hareem Shah has accused her former friend and her male partner of physical ...