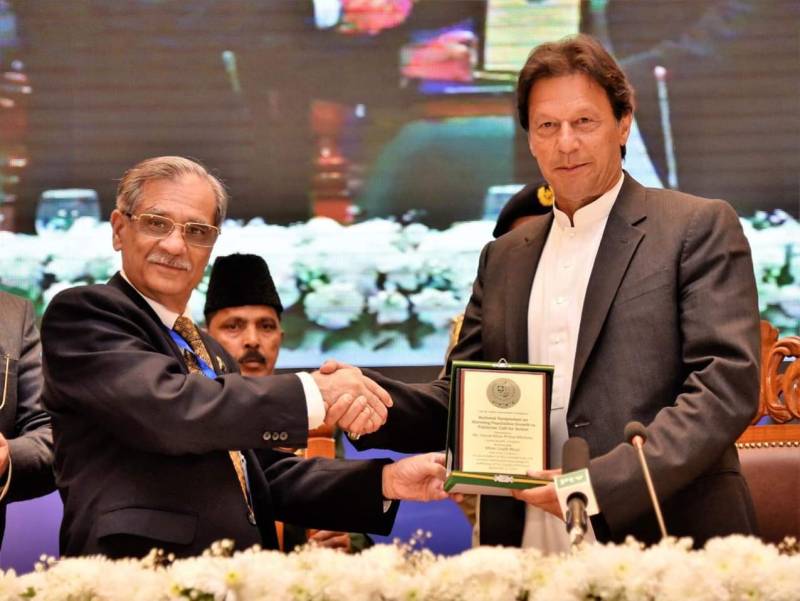 Reports in local media suggest that the former top judge arrived at the PTI chief’s residence for consultation on several legal matters.

The development comes as CJ Lahore High Court Justice Ameer Bhatti has directed Punjab Governor Omar Sarfaraz Cheema to ensure the completion of the process of administering the oath to Chief Minister-elect Hamza Shehbaz, before April 28.

The PML-N earlier moved the court as Governor Cheema refused to administer the oath to the PML-N leader. Cheema even asked President Alvi to declare the election of the Punjab CM as void, citing constitutional violations.

The PTI Chairman and former top Pakistani judge earlier made headlines after an alleged audio clip emerged in which the latter purportedly passed instructions to put deposed PM Sharif and his daughter in jail to a judge.

Meanwhile, both sides have not issued any official statement regarding the recent meeting held at Khan’s residence in the provincial capital.