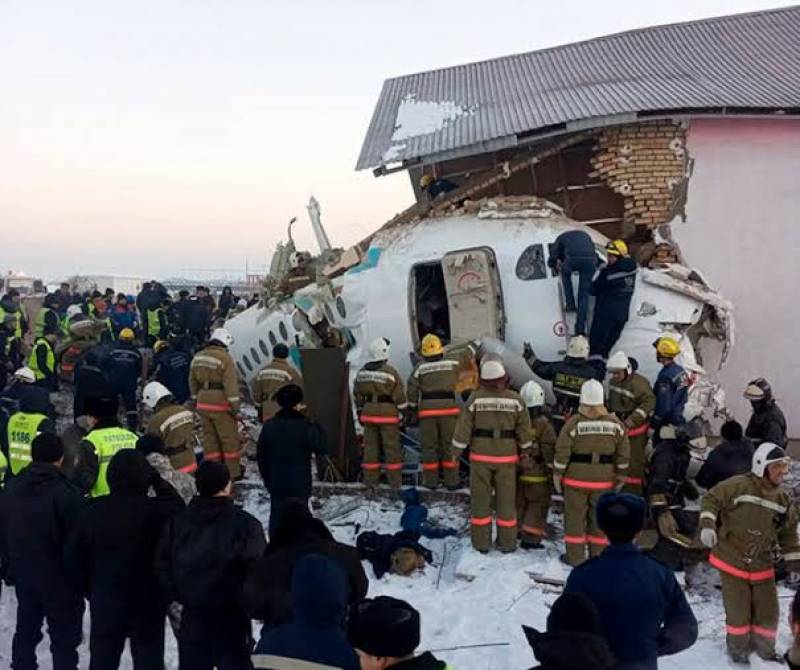 ALMATY – At least 11 people were killed with 35 more injured as a result of the Friday plane crash near the Kazakh city of Almaty.

Earlier, the Kazakh Interior Ministry had confirmed that nine people died in the crash, which took place soon after the take-off.

According to the airport of Almaty, 95 passengers and five crew members were onboard the plane, which belonged to the Bek Air airline and was heading from Almaty for the capital of Nur-Sultan.

According to the authorities, 35 people have been transported to various medical facilities. The list of injured people includes eight children and five people in critical condition.

The central hospital of Almaty said that 17 injured people had been delivered to the facility.

The Ministry of Industry and Infrastructural Development said that activities of the Bek Air airline were suspended on Friday until circumstances of the plane crash near the Kazakh city of Almaty are clarified.

Earlier in the day, Kazakhstan has also suspended flights of Fokker 100 planes, similar to the jet involved in the incident near Almaty.