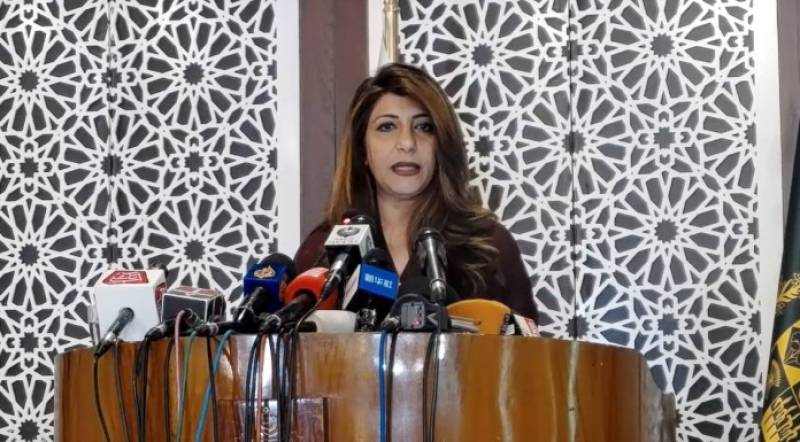 ISLAMABAD - Pakistan on Thursday said it was actively engaged with the Iranian government to deal with the spread of coronavirus and the evolving situation.

Foreign Office Spokesperson Aisha Farooqui, at her weekly news briefing, said Pakistan fully supported the efforts of Iranian authorities in managing the outbreak of the virus. “We stand in solidarity with them.”

She said Pakistan’s embassy and two consulates in Iran were alert and monitoring the situation closely and were reaching out to the Pakistani community there including Zaireen and students.

Helplines had also been established in the embassy and the consulates to provide necessary updates and assistance to the community members, she added.

Aisha Farooqui expressed grave concern over the violence against Muslims including desecration of mosques in New Delhi and said Pakistani leadership, as well as the international community, had also raised their concerns on the situation.

She said the state oppression that the Kashmiri people had been suffering for decades at the hands of Indian authorities now found its way in the Indian capital.

She said Pakistan had welcomed the mediation offer made by US President Donald Trump during his visit to India.

She pointed out that the US president also lauded Pakistan’s efforts against terrorism during the visit, adding, the very remarks were a manifestation of upward trajectory in Pakistan-US relations.

She said there was an increasing awareness in the world that the resolution of the Kashmir dispute was the key to peace and stability in the region.

The spokesperson, however, said Pakistan had concerns over the defense deals between the US and India especially the sale of a sophisticated weapon system to New Delhi. This, she said, would further destabilize the already volatile region.

“We have alerted the international community many times about India’s aggressive designs not only towards Pakistan but also other countries in the region,” she added.

She said Pakistan had been the victim of state terrorism emanating from the eastern border, adding, they had shared their concerns in this regard with the international community.

Aisha Farooqui said Pakistan welcomes the peace deal to be signed between the US and Afghan Taliban on Saturday.

She expressed the confidence that the deal would pave the way for intra Afghan dialogue.

She hoped that the historic opportunity would be seized by all the Afghan parties to take the people of Afghanistan towards peace and stability.

The spokesperson said Pakistan had played a significant role in facilitating the peace and reconciliation process in Afghanistan.

She confirmed that the visit of Chinese President Xi Jinping to Pakistan was on the cards. She said both sides were working on the schedule of the visit.