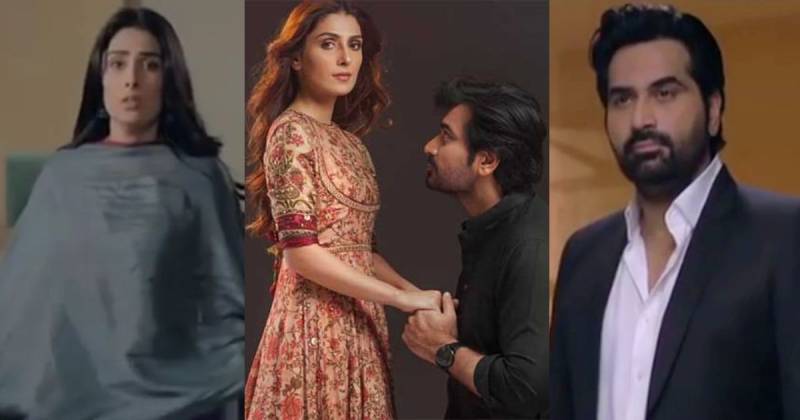 LAHORE - The last episode drama serial Mere Paas Tum Ho on Saturday created waves all over the country as the main character, Danish died of a heart attack. No doubt, the hit series Mere Paas Tum Ho is splendid starting from cast to storyline to dialogue, every aspect of this series came under discussion.

Earlier, many had criticized the play and writer whereas others had enjoyed it just like any other TV series. Since it was a big project and got fame widely too. Fans of the TV Serial serial Mere Paas Tum Ho were left disappointed as the finale revealed Danish (played by Humayun Saeed) died suffering a heart attack.

KARACHI - The advance bookings for the finale of Meray Paas Tum Ho have hit a record high. Tickets for the ...

Danish came to have a discussion with his ex-wife Mehwish but his house reminds him of old bitter memories when Mehwish left him for rich businessman Shahvar.

Despite its fame, Mere Paas Tum Ho has ended up being a controversial show. Many people including the ones who watched the series seemed upset with the comments of Khalil-ur-Rehman Qamar which he made on national television.

Human rights activist, Tahira Abdullah schooled the writer of the play which was applauded by men and women alike. Rehmat Ajmal, who also acted in the play, distanced herself after the controversial remarks of the writer.

The students of Kinnaird College for Women opposed the decision of having Khalil-ur-Rehman Qamar is an interactive session. The administration had called off the session after severe backlash.

Mere Paas Tum Ho, the most-watched TV serial of 2019 is finally coming to an end but it's making sure to go out ...

The story of MPTH revolves around a couple, Mehwish and Danish, whose marriage ends as Mehwish chooses an affluent man Shehwar over Danish. #MerayPaasTumHo had trended worldwide on Twitter, several people had expressed their reactions on the ending in the form of memes, Let's go through some of the reactions:

Pakistani awaam After watching the last episode of #MerayPaasTumHo pic.twitter.com/aVMGAW8Cp1