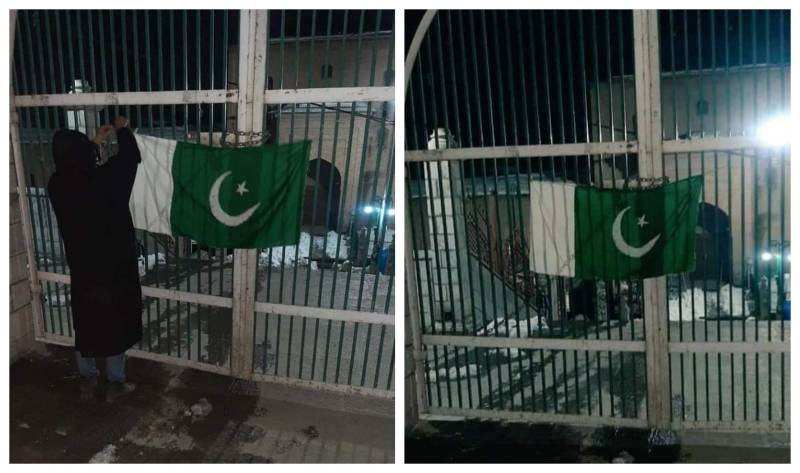 SRINAGAR – A Pakistani flag was hoisted on the main gate of Jamia Masjid in Srinagar on the 72nd Republic Day of India.

The people of Indian Illegally Occupied Jammu and Kashmir (IIOJK) observed a complete shutdown and marked India’s Republic Day as a 'Black Day', while a number of Kashmiris unfurled a Pakistani flag on the main gate of the grand mosque; despite heavy deployment of Indian troops and paramilitary personnel.

The retaliation comes in response to the forcible unfurling of Indian flags on Dal Lake and adjoining areas nearby Indian Army’s Chinar Corps headquarters.

The observance of the Indian Republic Day as a Black Day is the manifestation of the Kashmiris’ hatred against India and the hoisting of the Pakistani flag in IOK reflects their love for Pakistan.