PSL 7 kicks off with colorful opening ceremony in Karachi 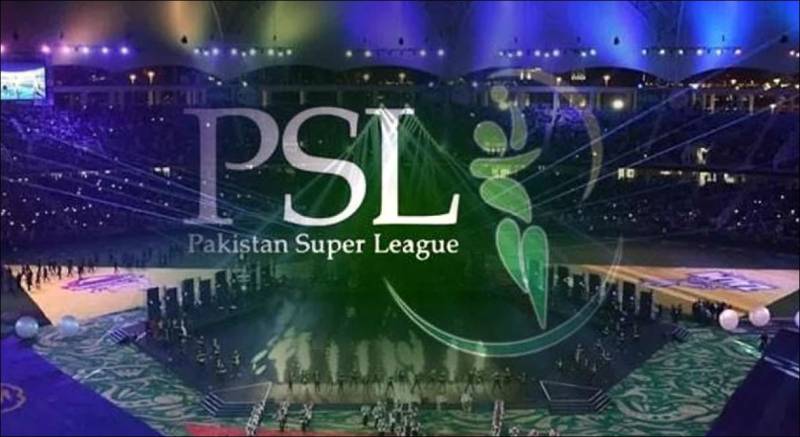 KARACHI – The seventh edition of the Pakistan Super League (PSL) kicked off in Karachi on Saturday with a coloruful opening ceremony at National Stadium.

The event began with a documentary talking about the journey of cricket in Pakistan. It featured the voice of Pakistan Cricket Board Chairman Ramiz Raja.

A message from Prime Minister Imran Khan to PSL teams was also played during the opening ceremony, followed by a stunning fireworks display.

The first match between Karachi Kings and Multan Sultans will start at 7:30 pm PST. Before the event, a glittering brief opening ceremony will be conducted.

Fans! Get to the stadium early so you don’t miss the curtain-raiser!

We have many exciting things in store for you. See you there 👋🏼

Pakistan’s all-format skipper Babar Azam in a statement issued by the Pakistan Cricket Board (PCB) said “I am very excited to be leading Karachi Kings this season. This is the first instance that I will be captaining aside in the HBL PSL and I am looking forward to it. The first match of the tournament always has a lot of eyeballs and Multan Sultans can prove to be tough opposition. I am sure the fans will get to see a thrilling contest.”

Rizwan, who was named ICC Men’s T20I Cricketer of the Year, said he was optimistic to defend the HBL PSL title. “We have all the potential to defend our HBL PSL title and we will be taking the field tomorrow with that mindset,” he said while adding that this season will present us new challenges and we will have to plan accordingly.”

Meanwhile, Pakistan Cricket Board has hired the same company for the seventh edition of its marquee event which successfully created the bio-secure arrangements in gulf nation last year.

PCB Chief said Pakistan is not taking anything for granted as we have designed and put in place robust health and safety protocols for the wellbeing of all (PSL) participants.

Organizers have also adopted the ICC’s recent playing conditions for the cricket carnival. Meanwhile, the seating capacity has been slashed to 25 percent for all matches in Sindh capital, while a decision on the number of spectators in Lahore is to be taken in due course.

PCB announced stern directives as last two editions of the PSL were affected by the Covid pandemic and were completed in two phases after a brief postponement.

A comprehensive plan for the matches in the port city has been prepared by the Security Division of Sindh Police.

A spokesperson for DIGP Security and Emergency Services Division said that around 5650 personnel will be deployed for the security of the tournament.

Meanwhile, a temporary command and control setup will also be set up at National Stadium to monitor the law and order situation while aerial surveillance will also be made during the movement of the teams.

Security officials decided that no road will be blocked for public except one track of Sir Shah Suleman Road.

For spectators, a shuttle bus service will be available from the parking point to the stadium. The following parking points have been allocated for the spectators coming to the National Stadium;

b) China Ground adjacent to National Coaching Centre (For VIPs only).