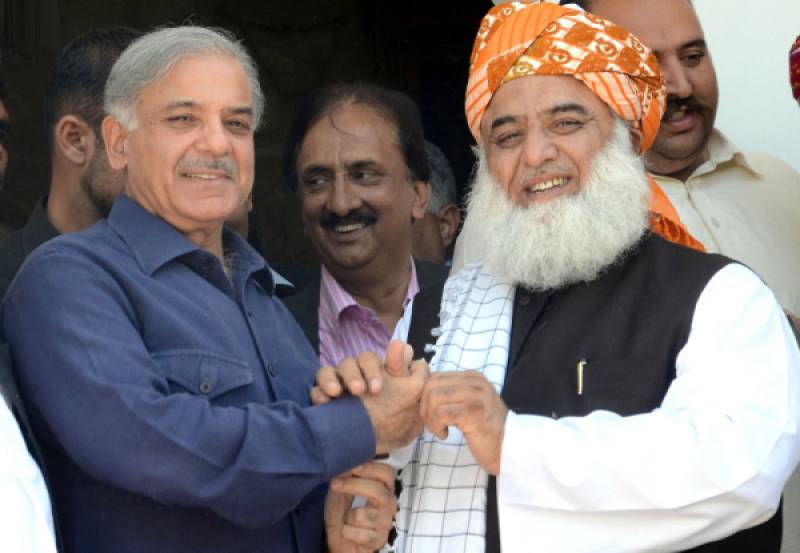 But PTI's victory was chided by the political opponents, mainly PML-N, which rejected the suggested outcome, citing "outright rigging" and accusing officials of preventing its representatives from overseeing the count.

The All Parties Conference (APC) will meet on Friday in the federal capital city to reach a consensus on the demand to declare results of the poll void, a demand for which was earlier made by MMA president Maulana Fazl ur Rehman who lost from both NA-38 and NA-39 in a surprise upset.

"This result is not the public's mandate, in fact, the nation's mandate was robbed," Rehman said.

Moreover, PML-N president Shehbaz Sharif had alleged that the election was rigged and his party will strongly protest the results in the National Assembly.

'PML-N would also take up legal proceedings against the poll results as we reserve the right to challenge the election results,' he said in a hurriedly called press conference.

On the other hand, the PM-in-waiting, Imran Khan had expressed in his victory speech that he would welcome any scrutiny regarding the allegations of rigging.