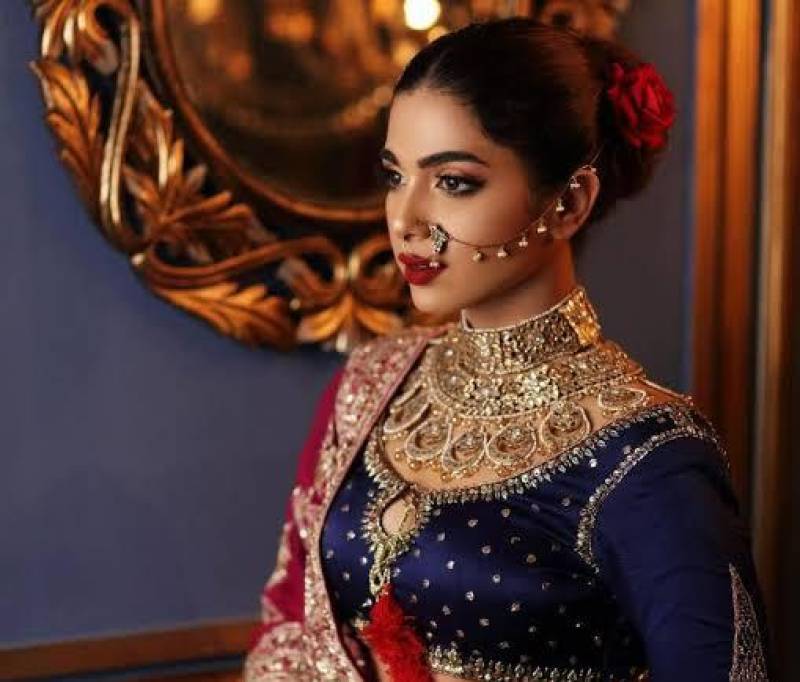 The gorgeous Sonya Hussyn is undoubtedly a charismatic diva who has proved her versatility onscreen by dabbling in diverse roles.

Needless to say, the Mohabbat Tujhe Alvida star is the perfect balance of beauty with brains as her immecable acting skills put her on the radar as one of the most sought out actresses in Pakistan.

This time around, the 30-year-old star sent the social media into a frenzy as she revealed that she might be tying the knot soon.

The Ishq Zehnaseeb star recently engaged in an "Ask me" session on her Instagram handle where her curious massive fan following asked her questions.

Replying candidly to the fan queries, Sonya's response to marriage plans became the highlight. As per the star, she is all set to marry in January 2023. 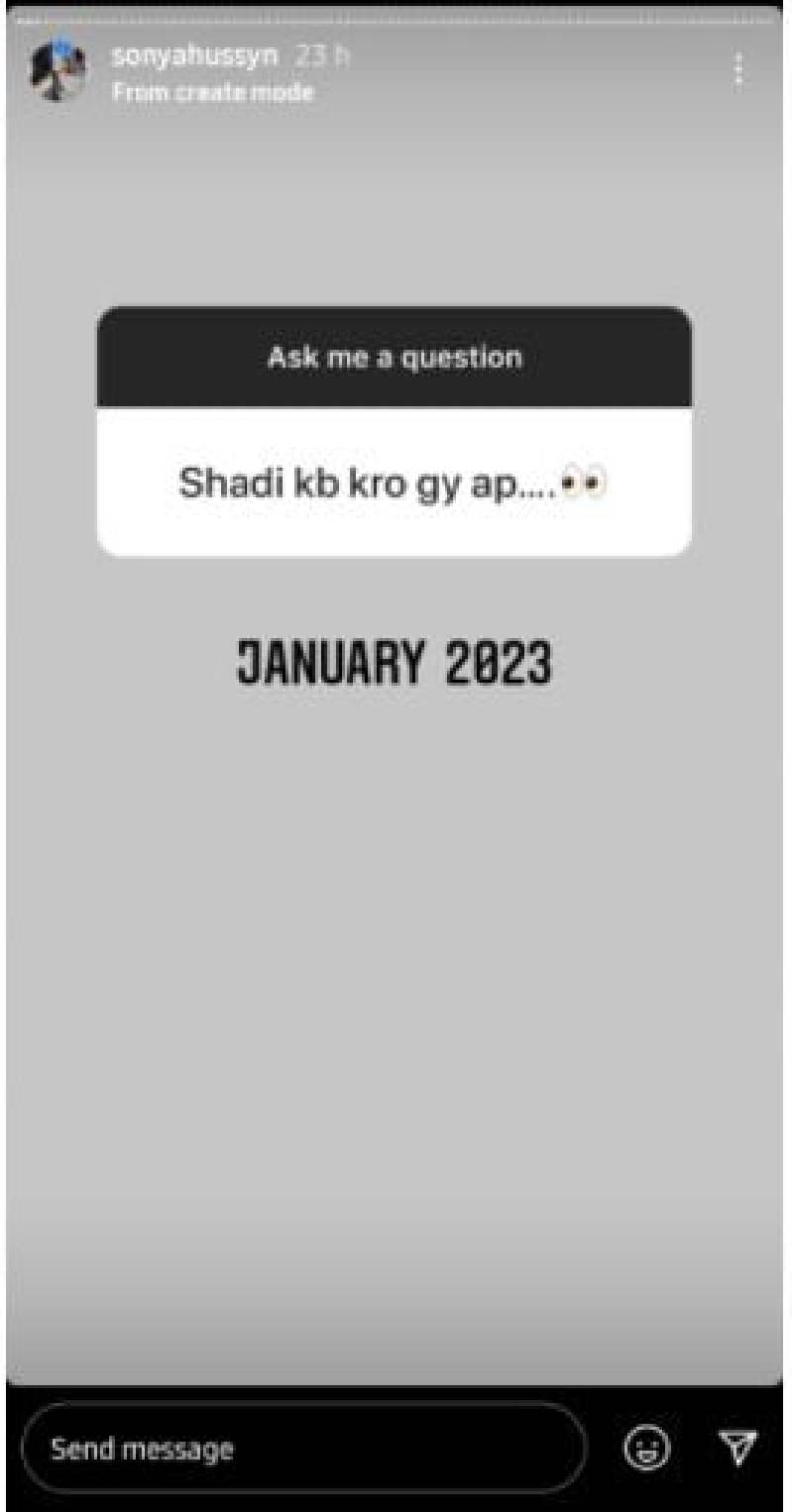 In another question, when a fan asked if her to-be husband is an actor, Sonya replied: 'God forbid!' 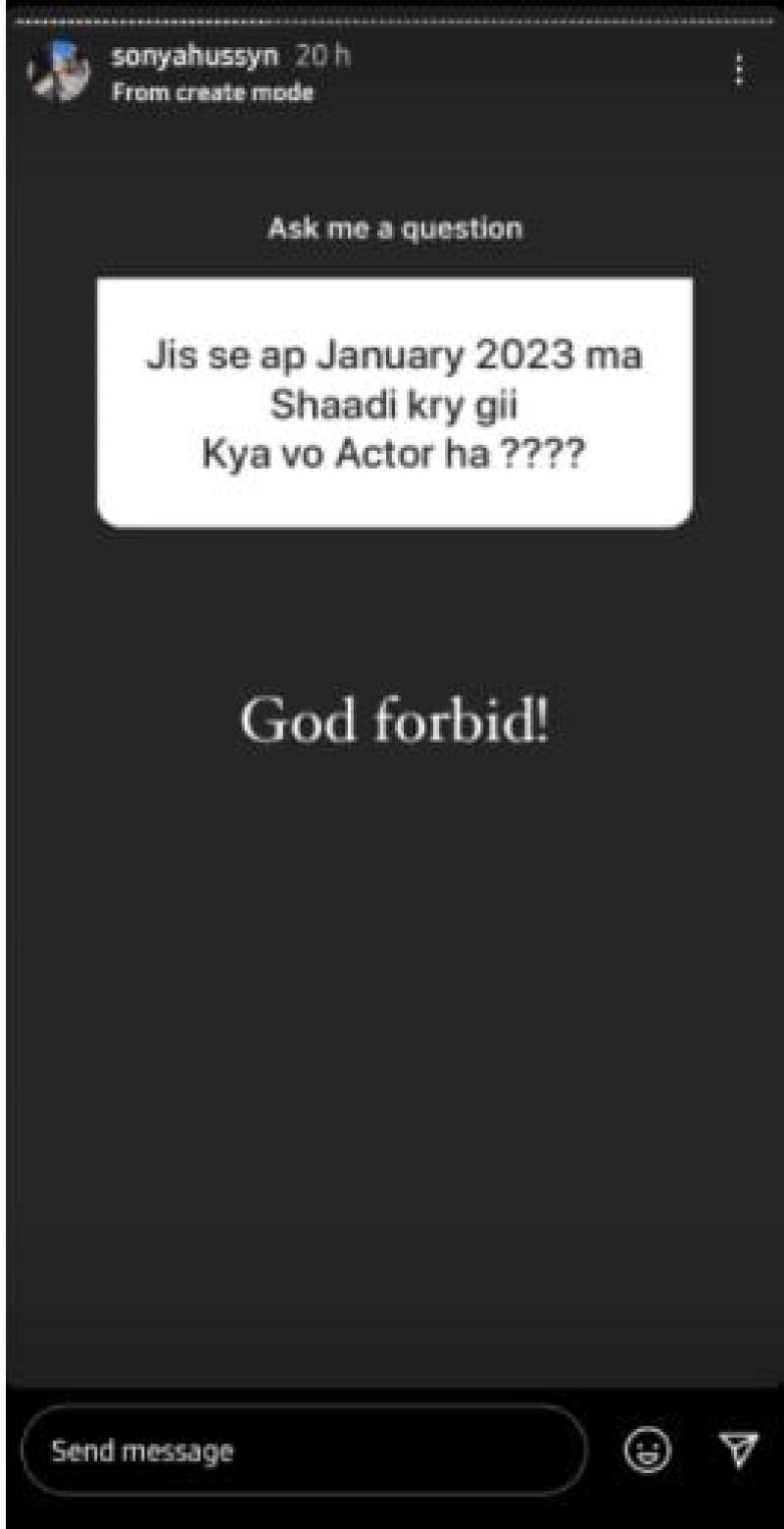