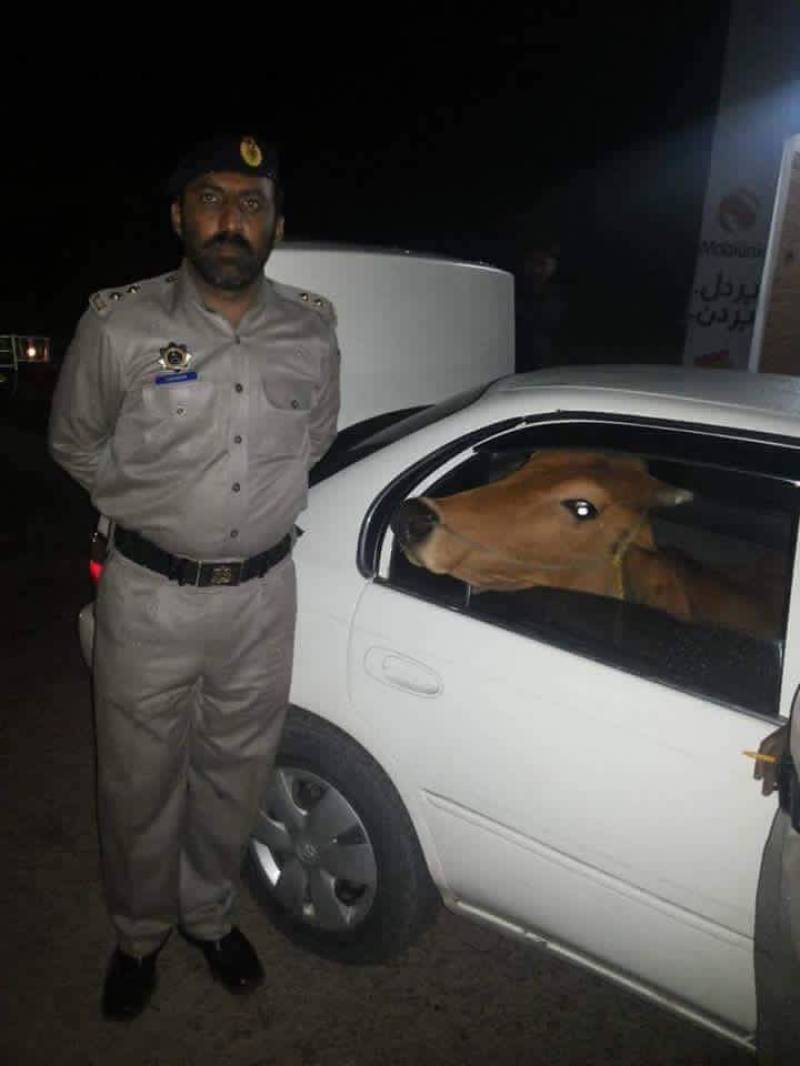 ISLAMABAD (Web Desk) - Motorway Police caught a resourceful man red-handed while he was attempting to smuggle two cows in his sedan on Sunday.

The man had reportedly shoved a full-size cow into the back seat of his car and a calf had been stuffed inside the trunk but he was unfortunate enough to be caught by the Motorway Police, who foiled his attempt to get away with the cows.

Motorway police says they caught a man trying to rob a cow in a car. The pictures are even more hilarious. Lol pic.twitter.com/aEaVgmejfg