UAE will not host any cricket league when Pakistan is playing 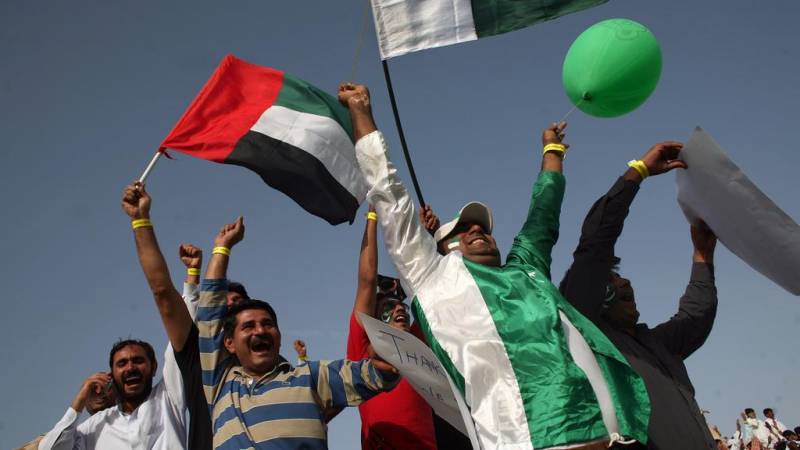 ABU DHABI - Pakistan will continue to play its home matches, and the Pakistan Super League (PSL) Twenty20 tournament, in the United Arab Emirates (UAE), says a joint statement by the cricket boards of two countries.

The Pakistan Cricket Board (PCB) and Emirates Cricket Board (ECB) Wednesday reached a new agreement on the staging of major events in the United Arab Emirates (UAE) following the former’s concern over date clashes for its matches in its adopted home.

Pakistan has played the majority of its ‘home’ games in the UAE since the attack on Sri Lanka’s team bus by gunmen in Lahore in March 2009.

However, the PCB was concerned over the staging of the Afghanistan Premier League tournament, along with this month’s formation of a new T20 league by the ECB.

The two boards have now reached an agreement under which the ECB will host a T20 and T10 League from December 10 to January 10 when there are no PCB fixtures in the UAE. The ECB has also committed to not hosting any league during the time when PCB events are being played in the UAE.

The ECB has also committed to a “significant reduction” of the costs to PCB of holding these tournaments with immediate effect. The ESPNcricinfo website reports the PCB is also said to have demanded that there should be a significant calendar gap between the ECB’s T20 league and the PSL to avoid impacting commercial rights.

The ECB, governing body for the sport in the UAE, this month revealed plans for a new Twenty20 league that it claims will be the most innovative and inclusive in the world. The ECB said it has been granted a 10-year sanctioning agreement for the venture by the International Cricket Council (ICC).

LAHORE - A remarkable year in which Pakistan Cricket team secured a list of successes, paving way to the return of ...

The UAE-owned tournament, the name of which is yet to be decided, will make its debut in Abu Dhabi, Dubai and Sharjah with five new franchise teams vying for the inaugural title in a 22-match format to be played over 24 days this December and January.

The ECB claimed the league has already received the support of six ICC full member nations - England, Ireland, Zimbabwe, Afghanistan, New Zealand and the West Indies. The PCB and Pakistan were notably absent from this list.