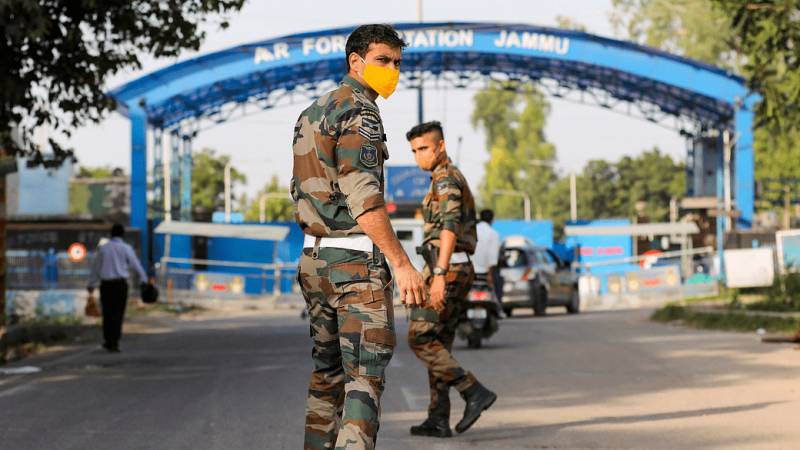 SRINAGAR – At least two troops were injured after twin blasts ripped through a base of Indian Air Force (IAF) in illegally occupied Jammu and Kashmir on Saturday night.

India media reports said that the two blasts inside the air force base located at Jammu airport were conducted with the gap of a few minutes using drones. They added that another IED explosive, which was apparently to use for hitting a crowded, was detonated.

There was no damage to any equipment. Investigation is in progress along with civil agencies.

The roof of a building in the technical section was damaged in the first blast while another occurred in an open area.

"Drones with payload were used in both the blasts at Jammu airfield. Another crude bomb was found by the Jammu police," ANI quoted Jammu and Kashmir police chief Dilbagh Singh

Indian Police have registered an FIR under the anti-terror Unlawful Activities (Prevention) Act that the law allows security official to keep suspect in detention for up to six months without evidence.

A deep investigation has been launched into the blasts, India media said, adding that the incident had not disrupted the flights operations in the valley.

Following the explosions, forces stationed in Ambala, Pathankot, and Awantipora are on high alert.

The meeting of all Jammu and Kashmir parties with Indian prime minister Narendra Modi is underway at 7, Lok Kalyan ...