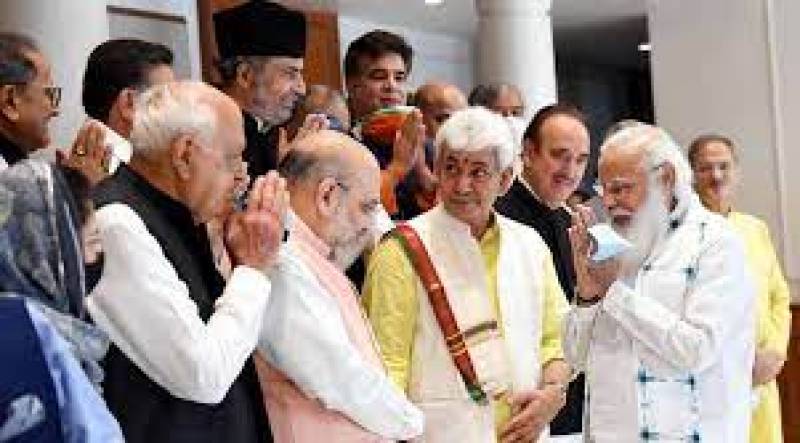 The meeting of all Jammu and Kashmir parties with Indian prime minister Narendra Modi is underway at 7, Lok Kalyan Marg. PDP’s Mehbooba Mufti, National Conference’s Farooq Abdullah, Congress’ Ghulam Nabi Azad, and other leaders of Jammu and Kashmir are present at the meeting, News18 reported.

The Gupkar Alliance is likely to demand restoration of statehood before elections as well as release of all political prisoners in the meeting with Modi. Fourteen leaders from regional powerhouses such as the Peoples Democratic Party (PDP) and the National Conference (NC), as well as those from the Centre’s ruling Bharatiya Janata Party (BJP) and the Congress, among others, have been invited for the talks. While most of the 14 leaders arrived in Delhi by Wednesday evening, Farooq Abdullah reached the national capital today. He is slated to hold talks with his son and NC leader Omar Abdullah before the 3pm gathering.

After abrogation of Article 370, several political leaders and activists were placed under detention. Over a period of time, Mufti, two other former chief ministers — Omar and Farooq Abdullah — and several others were released.

In this backdrop, the meeting could act as an exercise to overcome trust issues. This is also the first meeting between PM Modi and the J&K parties after the region’s special status was revoked. Mehbooba also said the Centre should hold dialogue with everyone, including Pakistan, to resolve the Kashmir issue.