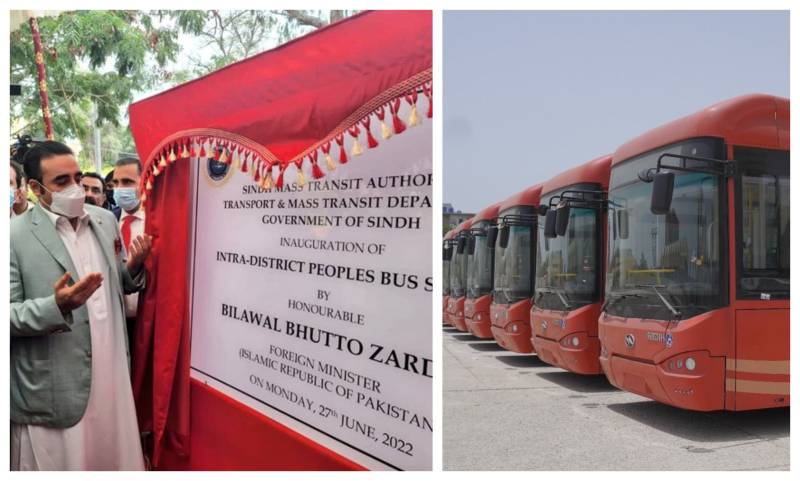 The foreign minister also travelled in the bus to inspect the facilities being provided in the newly-launched buses.

The bus service is also going to be launched in PPP stronghold Larkana. The new transport service will operate on 7 routes of Karachi and 1 route in Larkana.

In the first phase, the buses will start their operations on the route No 1 – Model Colony to Merewether Tower via Sharea Faisal and II Chundrigar Road.

Around 240 buses will be acquired in different phases to serve all the designated routes in the port city and Larkana. It will be made fully functional by August 14.

The minimum and maximum passenger fares of air-conditioned bus service have been fixed at Rs25 and Rs55 respectively.