ISLAMABAD – The federal government on Friday removed the chairperson of the Higher Education Commission, Tariq Banuri, from his post with an immediate effect. 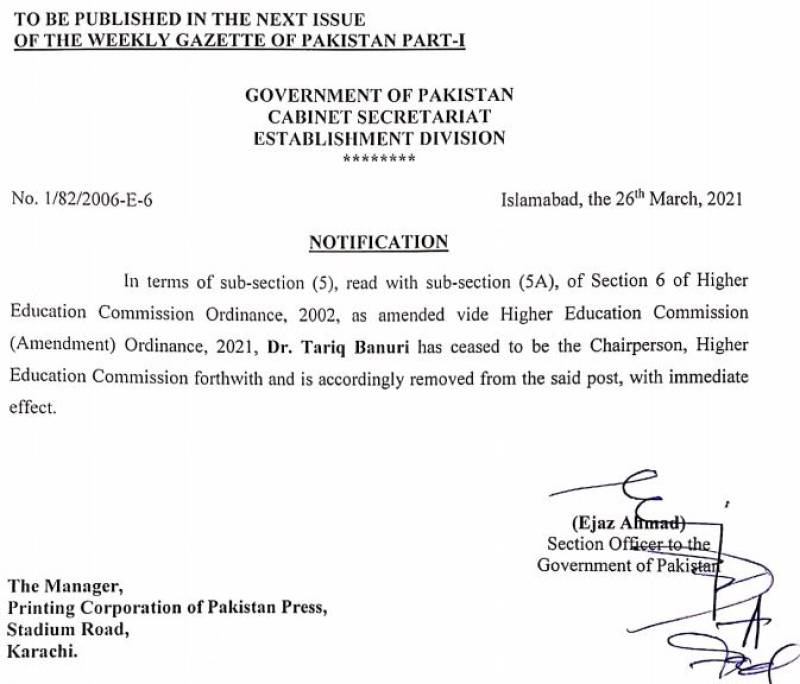 Reports in media revealed a hefty salary of Rs 8 lacs per month along with inappropriate appointment as the cause of dismissal. The National Accountability Bureau (NAB) also took notice of the appointment and sought clarification from the concerned authorities.

It is also reported that Banuri usually avoided meeting with the vice-chancellors and listening to the grievances of public sector universities.

No one has been given the responsibility of the HEC chairperson after the dismissal of Banuri.

Dr. Banuri holds a doctorate in Economics from Harvard University and an M.A in Development Economics from Williams College. He started his career as a civil servant in Pakistan but then left to pursue a Ph.D. at Harvard and majorly served in the social and development sector abroad.

He was appointed HEC chairperson in 2018 by former PM Shahid Khaqan Abbasi.