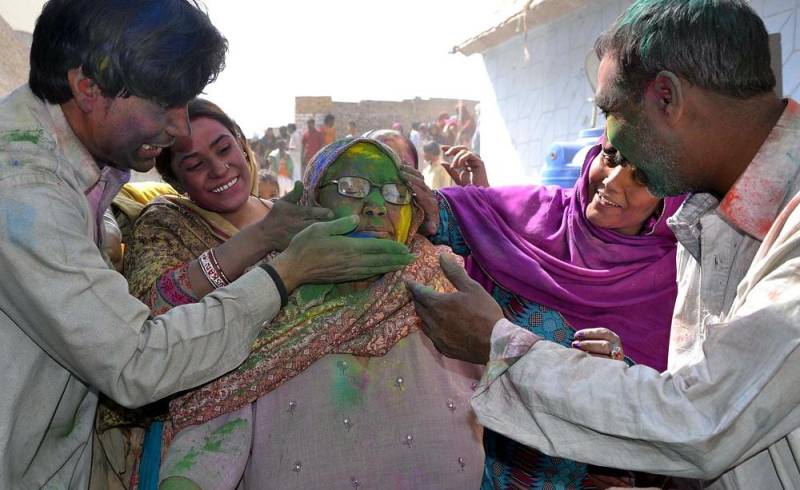 KARACHI – The colorful Holi festival is just a day away, with the members of Hindu community all set to celebrate the day amid strict observance of COVID-19 protocols.

Holi celebrates the arrival of spring, the end of winter, the blossoming of love and for many it is a festive day to meet others, play and laugh, forget and forgive, and repair broken relationships. The festival also celebrates the beginning of a good spring harvest season.

In his congratulatory message, Qaiser expressed his delight on this auspicious occasion and said that Pakistan was a pluralistic country that was enriched with cultural diversity and celebrates each of them with equal zeal and zest. He also recognised the rich contributions of the Hindu community in prosperity and development of the country.

NA Deputy Speaker Qasim Khan Suri also conveyed his warm greetings to his fellow Hindu members of the National Assembly and the Hindu community celebrating this festival. He also appreciated their contribution in national development, fostering national unity and cohesion.

According to a rough estimate, there are around 10 million Hindus in Pakistan as of 2020.

In Sindh, which has maximum Hindu population (6.51 per cent), the authorities have been directed to release Rs188.2 million for disbursement of salaries and pension to the KMC employees ahead of Holi.

Meanwhile, in the capital city of neighbouring India, Holi celebrations and large gatherings will not be allowed across the city and action will be taken against people found violating the rules. As per the recent advisory by the Delhi Disaster Management Authority (DDMA), the vigilance team under the district magistrates will be monitoring the gatherings and celebrations at the public places.

Pakistani weddings are all about lavish decor and scrumptious food. But with a celebrity wedding across the block, ...