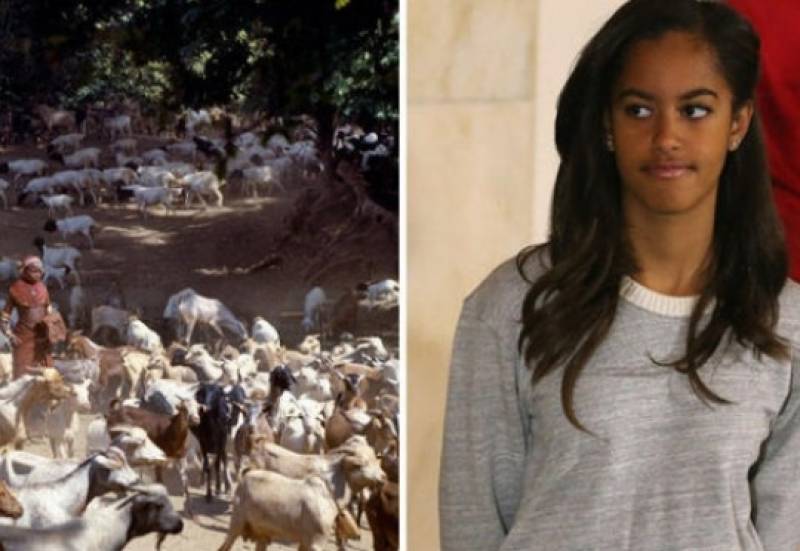 NAIROBI (Web Desk) - A Kenyan lawyer has offered US president Barack Obama 50 cows and other assorted livestock in exchange for his 16-year old daughter Malia's hand in marriage, a report said.

Felix Kiprono said he was willing to pay 50 cows, 70 sheep and 30 goats in order to fulfil his dream of marrying the first daughter. 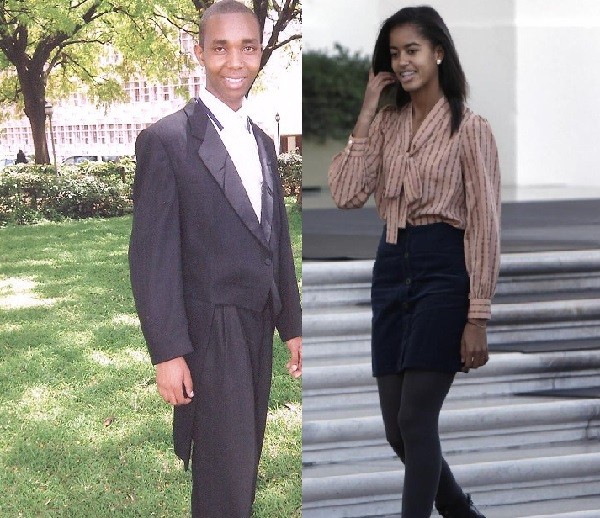 "I got interested in her in 2008," Kiprono said, in an interview with The Nairobian newspaper.

At that time President Obama was running for office for the first time and Malia was a 10-year-old. 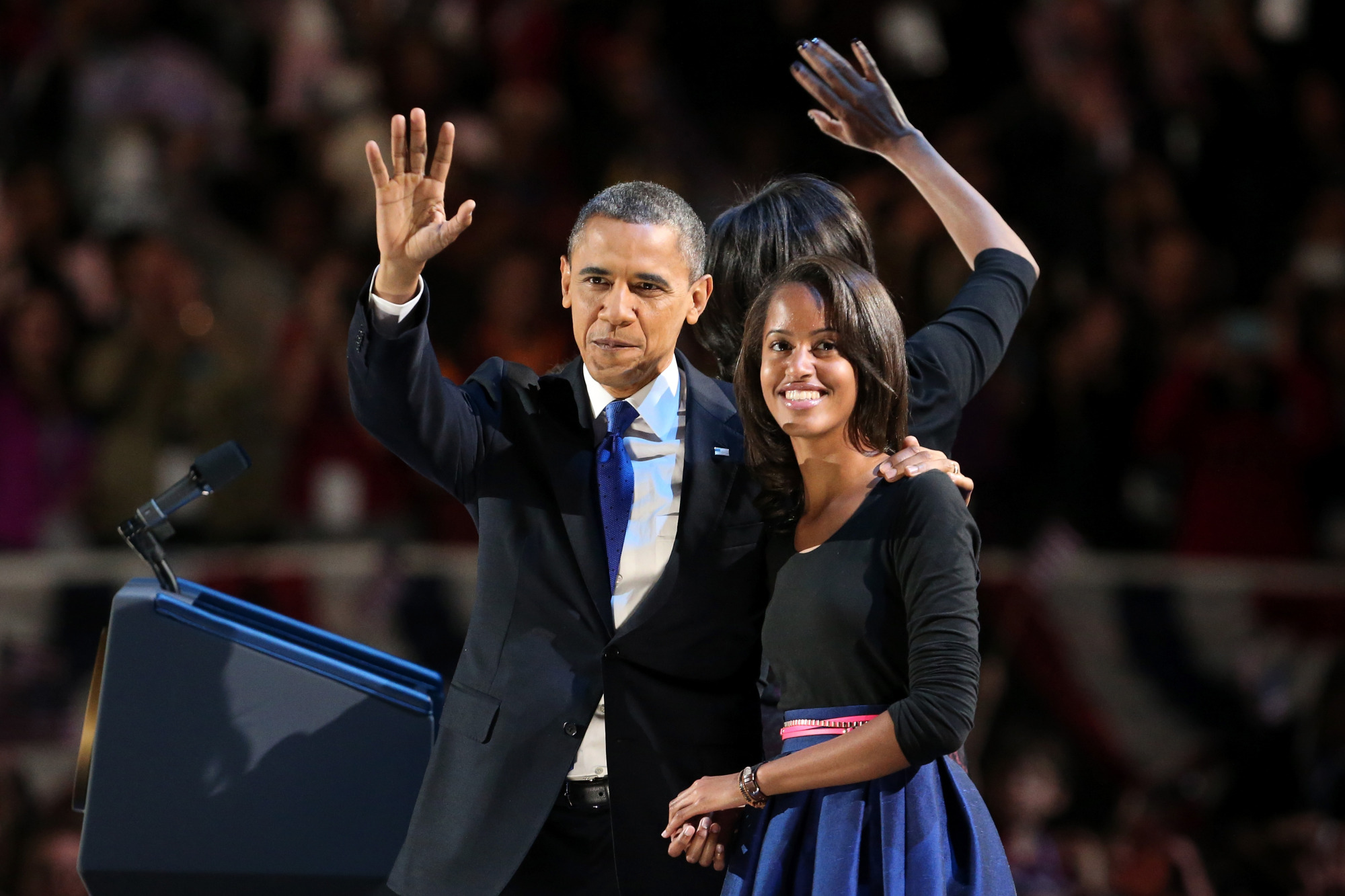 "As a matter of fact, I haven't dated anyone since and promise to be faithful to her. I have shared this with my family and they are willing to help me raise the bride price," he said.

Kiprono said he intended to put his offer of marriage to Obama and hopes the president will bring his daughter with him when he makes his first presidential visit to Kenya, the country where his father was born, in July. 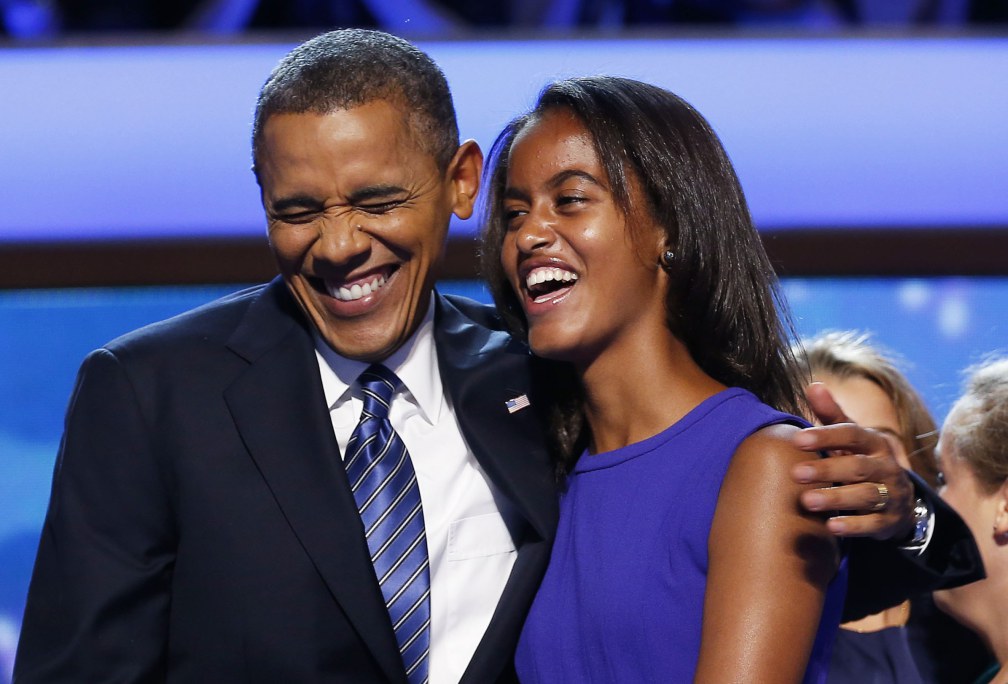 Obama's Kenyan grandmother, who is in her early 90s, still lives in Kogelo, in western Kenya, home to a number of the president's relatives.

"I am currently drafting a letter to Obama asking him to please have Malia accompany him for this trip. I hope the embassy will pass the letter to him," he said.

Kiprono dismissed the notion he might be a gold-digger.

"People might say I am after the family's money, which is not the case. My love is real," he insisted.

The young lawyer, whose age was not revealed, said he had already planned his proposal, which would be made on a hill near his rural village, and the wedding at which champagne would be shunned in favour of a traditional sour milk called "mursik".

Kiprono said that as a couple he and the young Obama would lead "a simple life".

"I will teach Malia how to milk a cow, cook ugali (maize porridge) and prepare mursik like any other Kalenjin woman," he said.

The first daughters are often seen with their parents on official outings but have managed to avoid much controversy - apart from in January when Malia was pictured on Instagram wearing a t-shirt with hip hop group Pro Era's logo just days after one of its members was arrested for breaking a security guard's nose. 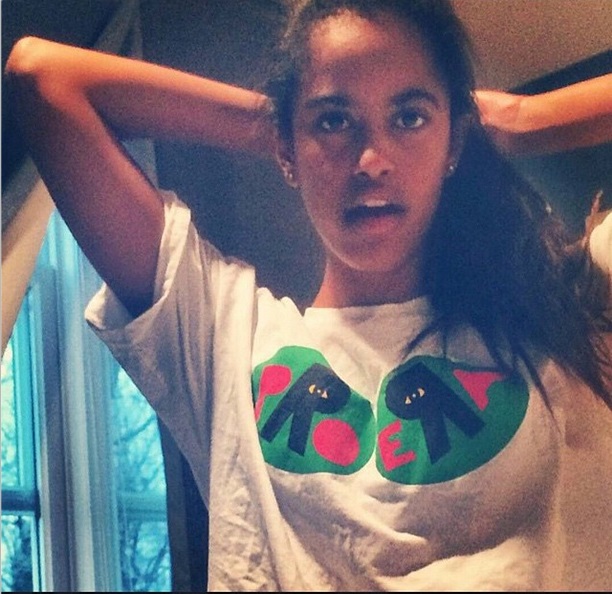 The Kenyan said that should Mr Obama accept his request, his engagement to the "love of his life" will be “unique with a twist”.