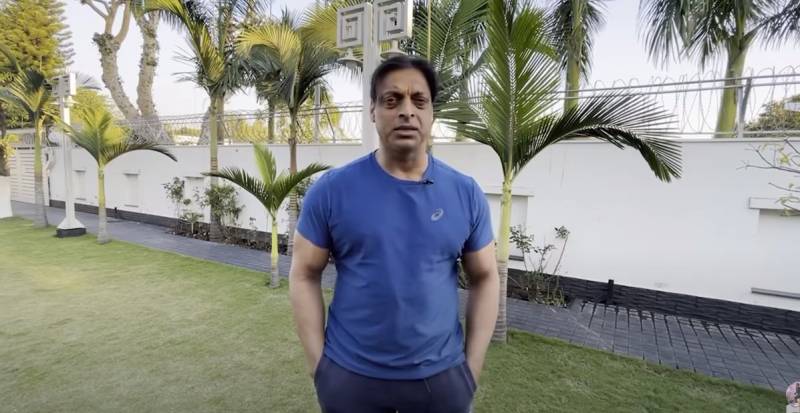 RAWALPINDI – Former pacer Shoaib Akhtar has hit out at New Zealand Cricket for threatening to cancel his country’s team's tour after six Pakistani players tested positive for COVID-19 at their managed isolation facility in Christchurch.

“Be careful what you say next time,” the ‘Rawalpindi Express’ said to NZ Cricket in a video yesterday.

NZ Cricket was made aware that some members of the Pakistan team had contravened protocols on the first day of managed isolation. The entire team were given a "final warning" by the Government after the country’s ministry of health revealed that several team members have been seen on CCTV at the facility breaching managed isolation rules, despite "clear, consistent and detailed communication of expected behaviours while in the facility."

“Behave yourself" Akhtar said in a video shared on his official Youtube channel, claiming the Pakistani players were being treated like “a club team.”

The 45-year-old also added that New Zealand should feel indebted to Pakistan for agreeing to come to the country when they’re not getting any money for the tour.

"New Zealand's comment that if Pakistan's team's SOP (standard operating procedures) is not in place then we will cancel the tour is below the belt," Akhtar said in the video shared on his YouTube channel.

"I want to give a message to New Zealand board (NZC) that this is not a club team, it's Pakistan national cricket team.

'We don't need you. Our cricket has not finished.

"You will get the broadcasting rights money. So, you should be indebted to us that we decided to tour your country in such difficult times.

"You are talking about Pakistan - the greatest country on the planet – so behave yourself and stop giving such statement. Be careful next time. Pakistan team now needs to smash them in T20 series."

Shoaib also suggested the Pakistan Cricket Board to threaten a five-year ban against New Zealand.  "The PCB should show some toughness," he said.

"If I was in their place, I would have given a statement saying that if New Zealand Cricket aren't happy, we won't play them and will bring our team back and we won't play against you for five years."

He also slammed the PCB for sending players to that country on a commercial flight. "When the tour of England was organised, players were sent on chartered flights," he said.

"But this time, first you went to Dubai, then to Kuala Lampur and then to Auckland. Does the PCB's brain not work and realise you could have organised a chartered flight?"

Pakistan are set to face the Black Caps in three T20 internationals and two tests, with the first match on 18 December.

Fifty-three members of the squad arrived in Christchurch on 24 November and were tested on day one, with the six cases coming as a result of the tests.

Soon after Shoaib Akhtar took a jab at the cricket boards of both the countries, social media platforms were filled with mixed reactions:

Well said Shoaib Akhtar! That's the attitude. We badly need a man like you in our board! We are not dying to play. And remember Shoaib Akhtar was not the first to make this statement. But it was the New Zealand's board that made that shameful statement!

‘We don’t need you. You should be indebted to us that we decided to tour your country in such difficult times,” Shoaib Akhtar to NZC.

This is why education is important!

Not a good statement by Shoaib Akhtar.. We do need NZ-like countries as our friends..