Will KIA launch the #WeAreUnstoppableVehicles in Pakistan? 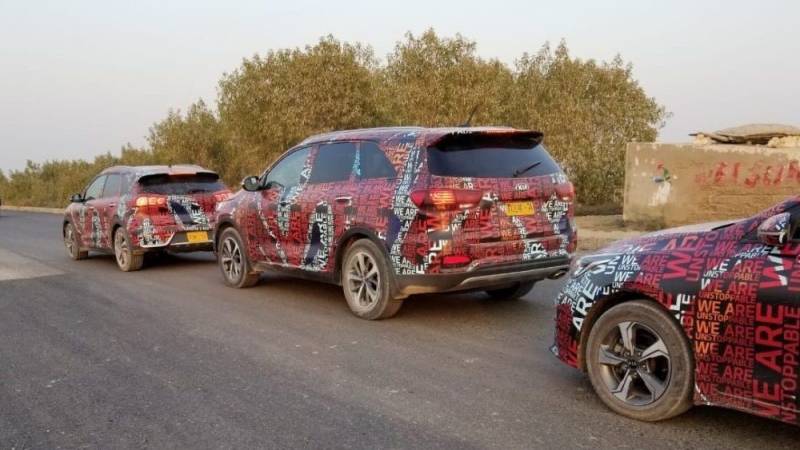 Automobile users and the general public have been in awe after four KIA #WeAreUnstoppable vehicles were spotted driving around in different areas of Pakistan. It was easy to identify the four cars due to their stylish lights and unique body shape. The two sedans were the KIA Stinger, and Cerato and the mid-sized SUV was a KIA Sorento and the compact-SUV Niro.

Karachi first noticed these vehicles, where pictures and videos took social media by a storm and flooded media platforms, igniting curiosity amongst people regarding the convoy.

KIA first made its entrance into the Pakistani market back in 2018 and launched the Picanto and Sportage in 2019. These two cars ensured dominance over their competitors, leaving people with high hopes for more variants.

Automobiles users in Pakistan are delighted after spotting a fabulous fleet of KIA cars roaming the streets of Karachi. ...

The Pakistan Auto Parts Show (PAPS) took place in 2019, where Pakistan’s first 660cc hatchback, Suzuki Alto, was unveiled, but the main highlight was the KIA as they revealed their Grand Carnival, Rio, Sportage, and Picanto. They took social media by a storm as people hoped KIA Rio would be launched soon in Pakistan as they did not have many options in the local market that proved how people are loyal towards KIA.

KIA Niro is a Hybrid Subcompact crossover with a 1.6-liter engine with no direct local competitor but Japanese competitors, including the Honda Vezel and Toyota CHR. KIA Stinger is a midsize car having 2.0I Turbocharged, 2.2I Turbocharged, 3.3I Turbocharged (diesel) engines in different markets internationally.

Sources haven’t yet confirmed whether these variants will enter the Pakistani automobile market. Still, these vehicles being tested on our road may be KIA’s hint to us to expect a change in the automotive sector.