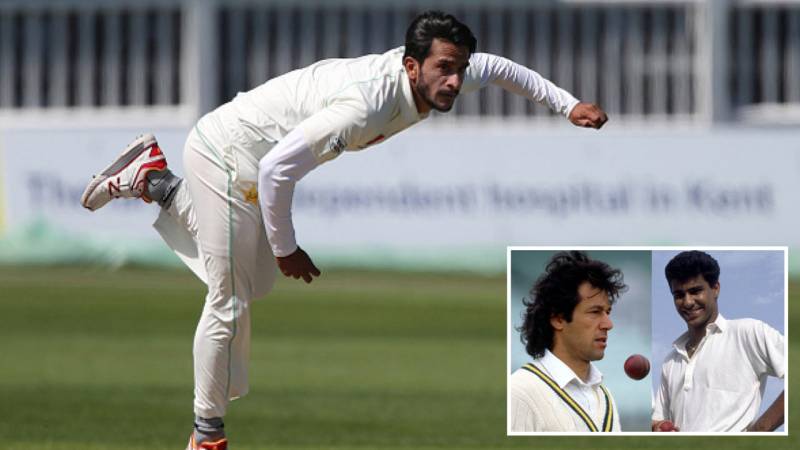 Hasan, 27, delivered a match-winning performance against Bangladesh with five-wicket hauls in Test cricket by a Pakistani fast pitcher in a calendar year.

With the latest figures, Hasan not only managed to be the pick of the Pakistani bowlers during the first innings but also etched his name in history books with some of the greatest names. 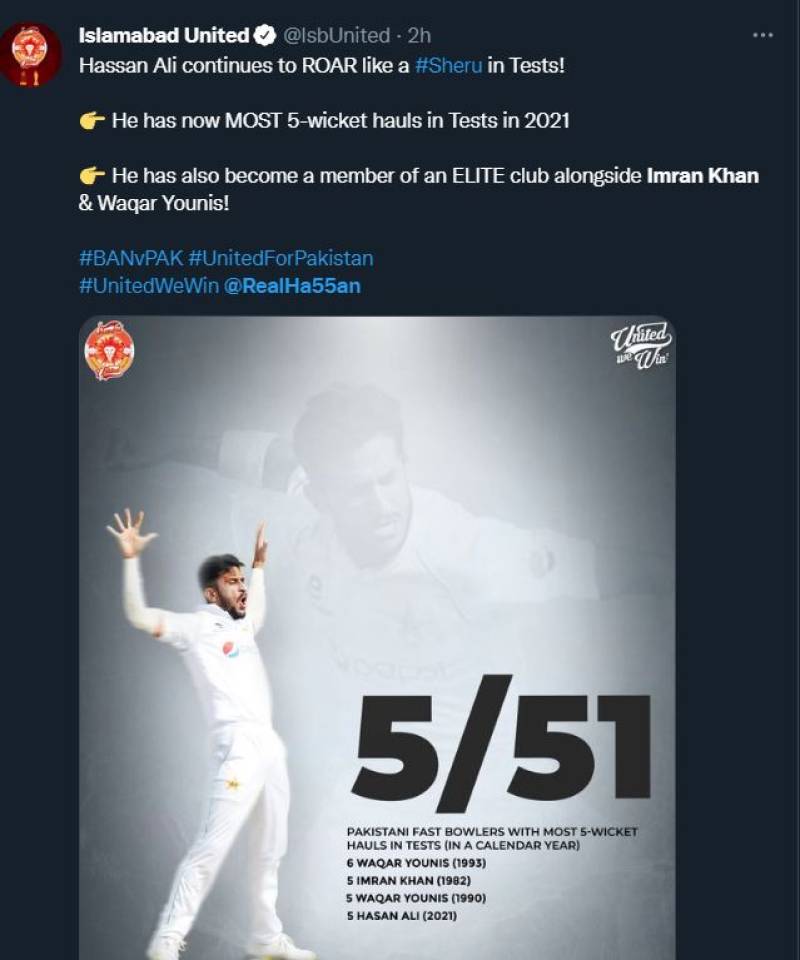 The young pacer earlier garnered much hate after his 'costly mistake' in T20 World Cup but he bounced back in the limited over series against The Tigers and now, he proved himself for another time with a 5-wicket haul in the first innings of the first Test match at Chittagong.

He broke the resistance of the opponent in the first session of the second day, when they resumed on 253-4. The talented bowler was the man behind Bangladesh’s lower-order batting collapse earlier today as he took quick wickets to ensure a cautious Bangladesh were restricted to 330 runs in their first innings.

Hasan has so far claimed 37 wickets in seven Test matches this year, which includes two fifers against South Africa, two five-wicket hauls against Zimbabwe, and a five-wicket haul in the ongoing series against The Tigers.

DHAKA – Pakistani pacer Hasan Ali managed to take five wickets as hosts were dismissed for 330 in its first ...

Meanwhile, Men in Green scored 117 after 45 overs on the second day. Babar led side is set for a big score with this partnership built by Asad Shafique and Abid Ali.